Prey of the Jaguar 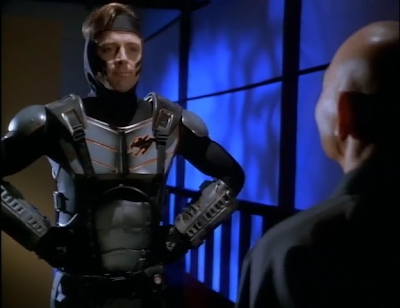 Not sure how they managed to get a superhero movie with Linda Blair past me but I had never heard of this flick until this week! 1996's PREY OF THE JAGUAR is hardly a high spot in Linda Blair's career but it is a mildly entertaining--if not the least bit original--superhero picture. Maxwell Caulfield, 1982's "next big thing" that never was, stars a s a former government agent now in the witness protection program after a drug dealer threatened to kill him if he ever got out of prison. Drug dealer escapes, kills Max's family and Max becomes the super-heroic Jaguar (so named for no apparent reaso 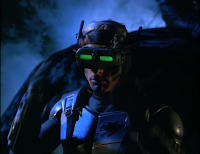 n) in order to exact revenge. There's a little more to it than that, of course. Also cliches, mind you. There's also the aged oriental sensei, the mysterious government organization, the guy playing both sides of the fence, the sympathetic cop (Linda) and the curmudgeonly old guy who makes the hero's weapons. All of this is presented in a rather straightforward manner with the exception of the action scenes which are nicely handled. If only the cameraman hadn't been obviously tipsy during the whole thing as the images are constantly wiggling, shaking, shifting and spinning. It was enough to give me a headache by the halfway point! 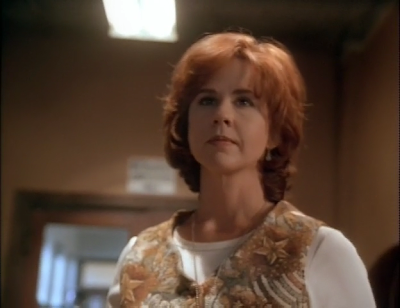 r Goddard (MORTAL KOMBAT) as the bad guy and he's suitably evil and slimy. Stacy Keach gives the best line delivery as the supposedly dead government agent who turns up at the beginning and the end. The equally late director/actor/cult figure Paul Bartel does well with his little more than a cameo as the toymaker. The also late Paul Regina, the straight actor who starred in Showtime's BROTHERS in the eighties, the first openly gay character in a sitcom, is miscast as the turncoat agent but seems to be having fun with it. Maxwell, while never living up to expectations after the flop of GREASE 2, is suitably tight-lipped and square-jawed throughout. His suit is undefined mish-mash of high tech and war paint with a crossbow as weapon. As a superhero, he is definitely an also-ran. Linda Blair looks and acts her age and except for a few thrown away lines gives a nice, sympathetic performance as a police detective who ends up helping our hero. Again, an okay way to kill 93 minutes but don't go counting the merchandising revenue on the Jaguar.
Posted by Booksteve at 4:33 AM