Castle of Frankenstein Goes to a Super Hero Convention 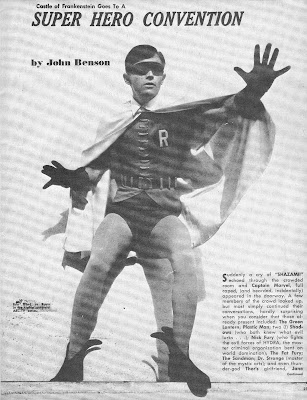 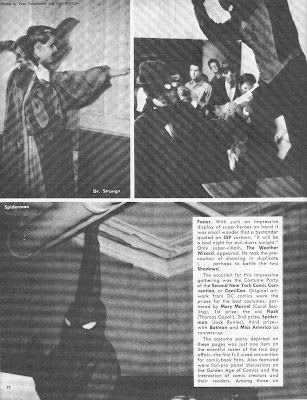 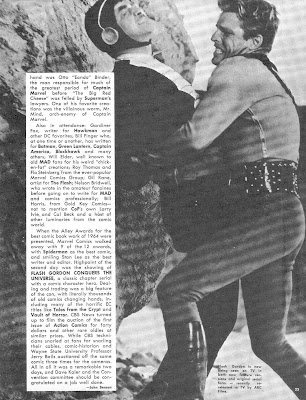 Probably a goodly portion of my regular readers are in San Diego this weekend. For those of you who, like me, couldn't make it, here are three pages from 1967's CASTLE OF FRANKENSTEIN "Annual" (there was only one) celebrating one of the earliest New York comic book conventions. Written by now-respected comics historian John Benson (whose annotations fill the Russ Cochran EC volumes), you'll note that Carol Seuling won the costume contest as Mary Marvel. Carol was the wife of Phil Seuling whose name would eventually be the one most associated with NYC conventions (and who is generally credited with the invention of the direct market). Note, also, that ACTION COMICS # 1 sold for the then-remarkable price of forty dollars at auction!! FOR A TEN CENT COMIC BOOK!!!! Zowie! What a mark-up! Guests included Gardner Fox, Roy Thomas, Otto Binder and Bill Finger! One wonders if Finger spoke publicly or even privately about his involvement with the creation of BATMAN that day!
Posted by Booksteve at 9:31 AM