My Name is Christa Helm 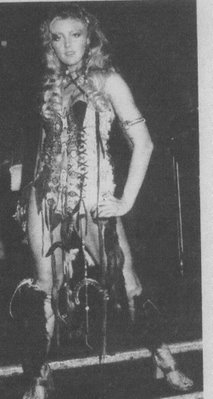 This is a piece written by Christa's daughter Nicole. I had seen the piece before but would not have presumed to post it without permission but Nicole herself just posted it as a comment under an earlier piece I wrote about her mother. I thought it might get noticed a bit more as today's post. MY NAME IS CHRISTA HELM The early 1970's were a difficult time for the women of the day. Their moms were of the 50's, housekeepers, held against their will, by the "Right thing to do'. Those divorces hadn't much in the line of options either. Then there was the incoming age of peace, rock and roll, and the newfound sex, drugs and freedoms that no generation of women before had the pleasure, and pain of experiencing.My mother was one of these women, finally finding power in her sexuality, as opposed to the shame her earlier experiences had taught her. Her beauty was undeniable, and once she mastered the art of manipulation and charm, she found her way onto the path of her dreams. She was going to be a Movie Star!A few years of modeling and "Faking it" paid off when she moved to Hollywood and changed her name to Christa Helm.Living in a mansion, driving a new Jag, rich men falling all over her. Movie stars, sports figures, rich producers, politicians and musicians. They were all hers for the taking, and she took, and she worked, until she found herself on on the Yellow Brick Road of fame.Guest starring in Wonder Woman, Starsky and Hutch, making B rated movies, lathering in the Coppertone commercial of the day with Tarzan, and finally starring in her own debut film that was never released, all introduce 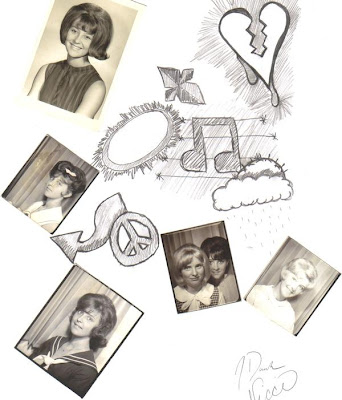 d her to the thrills and dangers of stardom.The lifestyles of Hollywood starlets of the time were filled with drugs, sex, murder, and money. My mother gained it all, and lost it all in a very short time.Down to her last dollars, waiting on a prime role and desperate to survive, she logged all of her escapades in a journal. The journal is rumored to have been filled with lovers, events and details of her private moments.Her affairs, beauty and strength enraged many who knew my mother, but those same attributes also brought respect, career growth, and an array of people who truly loved and respected the beauty within her. In the end those who loved and hated her would all become scrutinized under an investigation that remains open today, almost 30 years later.In the early morning hours one February morning in 1977, my mother was murdered. Stabbed over 30 times. beaten with a blunt instrument and left to bleed to death under a parked car in an upscale Hollywood neighborhood.The case remains unsolved. She was born Sandra Wohlfeil. She died Christa Helm.
Posted by Booksteve at 9:50 AM