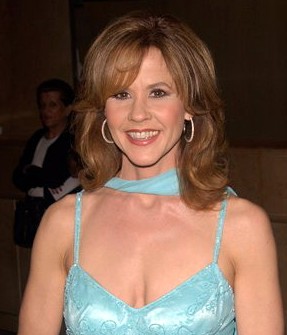 Sam and Dean Winchester (Jared Padalecki and Jensen Ackles) are in their second season of travelling the video highways of this country in kind of a metaphysical ROUTE 66. They’re the main characters in SUPERNATURAL, a CW TV series to which I quite frankly paid no attention at all until Linda Blair guested in this past week’s episode. It’s good. Not great but good. The actors playing the ghost-hunting siblings are charismatic, the effects are good and the script is sometimes fairly sharp. Of course the highlight of the most recent episode was the appearance of Linda Blair. In her first major TV role in ages, our favorite former child star plays her age as a seasoned, tough but compassionate cop who stumbles on something out of the ordinary—a real ghost! Looking a bit weathered and tired (presumably on purpose for the role), Linda gives a contextually believable performance. She has a deft way with a line and her emotions flow naturally as she slowly comes to believe in the supernatural and question other aspects of her life. It’s a solid performance. Unfortunately, the writers couldn’t leave it at that and had to throw in an EXORCIST gag at the end, turning the whole thing into a piece of stunt-casting. Unless Linda Blair's detective returns, I may not go out of my way to watch SUPERNATURAL on the CW network again but I enjoyed it quite a bit this time. For those of you that like this sort of thing, I venture to say that you might, too. Here's a link to the official website where you can view clips from this and other episodes:Shows - Supernatural
Posted by Booksteve at 10:30 PM