When Buddy and Sally Met Granny 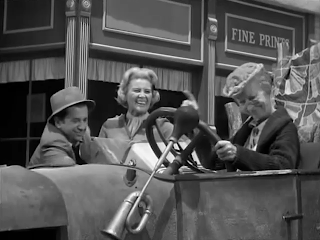 This 1965 theatrical release comedy has long been on my list of movies I've always wanted to see, if only for the various cameo appearances by celebs of the day. Every once in awhile, TCM runs DON'T WORRY, WE'LL THINK OF A TITLE and for once I managed to catch it! The film is a mindless but painless gagfest essentially starring the DICK VAN DYKE SHOW supporting cast. Produced, co-written by and starring Morey Amsterdam, he and Rose Marie play well off each other just as they did all those years as Buddy and Sally (and as they would nearly a decade later on HONEYMOON SUITE!) although they're supposedly comic sidekicks to ingenue January Jones. Jones shows virtually no other credits and her notable lack of acting ability and/or comedy timing makes me wonder if she might be related to director Harmon Jones. Richard Deacon plays Morey's foil as ever but here in two roles. The plot is just an excuse to hang gags on and deals with enemy spies mistaking short order cook (and later bookstore clerk) Morey for a defecting astronaut. Most of the gags come rapid fire and are often as old as the hills but funny! Others are surreal and reminiscent of later avant garde works (!). It's interesting to note in the early scenes how both Rose Marie and Morey make sure to pause for the non-existent laugh track.
Still, a movie like this you watch for the cameos. Like THE PHYNX or WON TON TON, THE DOG WHO SAVED HOLLYWOOD, even less film fans would remember this without the cameos.
It looks like they grabbed any and all stars and familiar faces who happened to wander by the set during shooting. I think I grabbed them all. From top to bottom we have:
1-Irene Ryan in character as Granny Clampett from THE BEVERLY HILLBILLIES
2-Forrest Tucker
3-Steve Allen
4-Carl Reiner (also, of course, from THE DICK VAN DYKE SHOW)
5-Milton Berle
6-Nick Adams, Cliff Arquette in character as Charley Weaver and unknown gentleman. Anyone?
7-Henry Corden (the 2nd voice of Fred Flintstone), Morey himself as a Hitler-looking fellow and unknown.
8-Danny Thomas (Producer of THE DICK VAN DYKE SHOW)
9-Moe Howard in a rare solo appearance by a Stooge (with Richard Deacon here)
10-The inimitably voiced character actor Percy Helton
11-IMDB reports that former boxer turned actor "Slapsie" Maxie Rosenbloom had his cameo cut out! Sorry Maxie!
Morey Amsterdam would go on to appear in, amongst other things, that other great cameo-fest, WON TON TON, THE DOG WHO SAVED HOLLYWOOD! 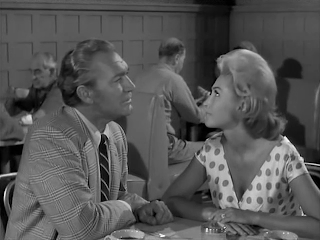 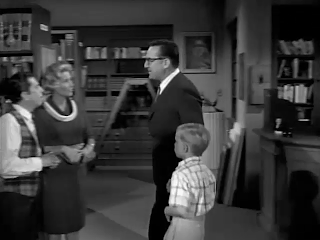 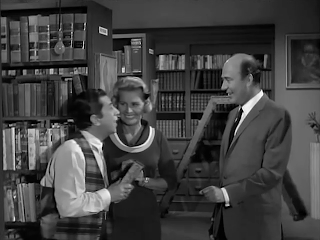 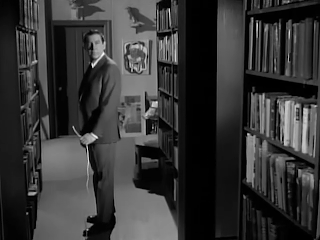 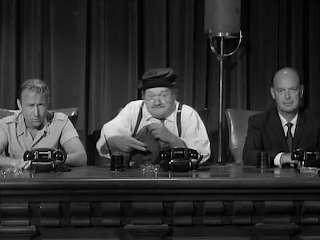 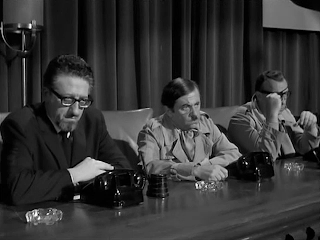 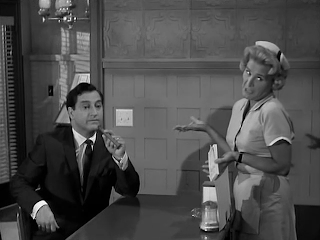 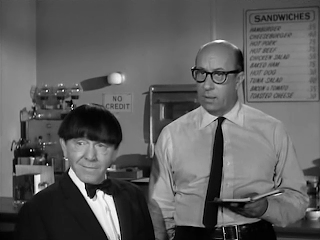 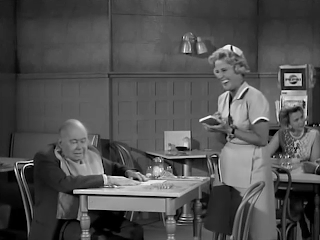 Posted by Booksteve at 1:09 AM