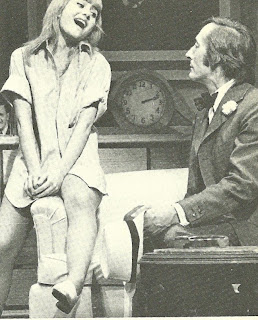 Somehow in the wake of the explicitness of HAIR and Oh, CALCUTTA! in the Broadway of the late sixties and early seventies, someone somewhere actually thought that a musical version of Vladimir Nabokov's controversial, satirical novel LOLITA was a good idea. Although it became a notorious flop, one can almost see the promise it must have had early on. Nabokov himself, long opposed to live versions due to the fear of how the title role might affect a real young girl, was all behind it and the music was to be handled by film composer John Barry (BORN FREE, MIDNIGHT COWBOY and many James Bond films) along with book and lyrics by Broadway's reigning king, Alan Jay Lerner (MY FAIR LADY, CAMEL 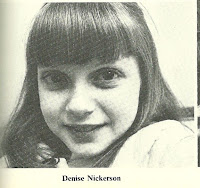 OT). Seriously, how could it miss?

As the production, entitled LOLITA, MY LOVE, headed to Philadelphia for tryouts, a slightly overaged Annette Ferra, already an 8 year film and TV veteran, was the title teaser. She was quickly replaced by Denise Nickerson. Ferra, later known as Christina Ferra-Gilmore, is credited most recently as a writer and acting coach on 2008's THE BIG TALENT BEE. The more appropriately aged Ms. Nickerson had just come off of several years as "Amy Jennings" on TV's mega-hit scare-soap, DARK SHADOWS and had also just appeared in the role for which she's most remembered, that of Violet Beauregarde in the now-classic WILLY WONKA AND THE CHOCOLATE FACTORY. After a stint on TV's ELECTRIC COMPANY, she was reportedly up for the role of "Regan" in THE EXORCIST and later that of "Princess Leia" in the original STAR WARS.

The role of Humbert Humbert, the man with the unnatural love for his very young neighbor, was given to John Neville, a distinguished British film and stage actor. Neville's most recognizable role to US audiences at that point had probably been that of Sherlock Holmes in the 1965 thriller A STUDY IN TERROR that pitted the great consulting detective against Jack the Ripper. John Neville alone got good good notices for his performance in LOLITA, MY LOVE. Many years later, Neville's career was revived when he took on the title role in Terry Gilliam's THE ADVENTURES OF BARON MUNCHAUSEN. After that, he appeared in many other films and television se 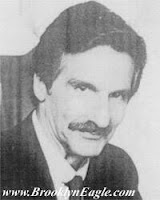 ries including THE X FILES and the animated SILVER SURFER cartoon.

Broadway veterans Dorothy Loudon and the late, great Leonard Frey co-starred, the latter in the role of Humbert's antagonist Clare Quilty with which Peter Sellers stole most of his scenes in Stanley Kubrick's 1962 non-musical film version. Frank Langella took over the role for the later big screen remake. The same year that LOLITA, MY LOVE flopped, Frey would be nominated for a Best Supporting Actor Oscar for his role in the film version of FIDDLER ON THE ROOF.

After extensive reworking post-Philly, LOLITA, MY LOVE reappeared in Boston where it closed without ever making it to the Great White Way. A bootleg of the never officially recorded or released soundtrack is reportedly easy to find and some of the songs were later recorded by a number of artists from Robert Goulet to Shirley Bassey. According to Wikipedia, the production ultimately lost nearly a million dollars in 1971 money!
Posted by Booksteve at 9:37 AM