The Last Days of Ambler by Doug Wildey

AMBLER was a short-lived newspaper strip by artist Doug Wildey that never really found its niche. Lasting little more than a year in the early seventies, it was accurately summed up by Alan Holtz at http://strippersguide.blogspot.com/2008/04/obscurity-of-day-ambler.html as being about "... a successful folk singer who spent his time drifting around the country righting wrongs and helping those in need. Try to imagine a combination of EASY RIDER and MARY WORTH and you'll have AMBLER pegged."
THE MENOMONEE FALLS GAZETTE, the legendary all-comics newspaper from that period, ran AMBLER for awhile and I was entranced by the art in this sequence (all of you remember, of course, my love of a good snow scene). Although Wildey (best known for his visuals on Hanna-Barbera's JONNY QUEST) has been sometimes taken to task for his prolific use of photo reference, nearly all realistic cartoonists did it from Alex Raymond and Hal Foster to Wally Wood and Al Williamson. One finds it even in Wildey's OUTLAW KID comics for Atlas in the 1950's and it is certainly present in AMBLER. In this sequence, for instance, the investigative reporter is played by the late character actor Paul Douglas.
Here then, all clipped and taped by my 14 year old self (SORRY!!), is the final story arc of AMBLER from December of 1973. Not much happens really but the above average illustrations and great sense of mounting dread and claustrophobia as a blizzard strands a group of travelers in a wonderfully drawn snowstorm still keeps it interesting.

While it's sad that the strip failed, it's loss left Doug Wildey free to return to comic books for the first time in years where ultimately he created the highly acclaimed western strip and painted graphic novels of RIO. 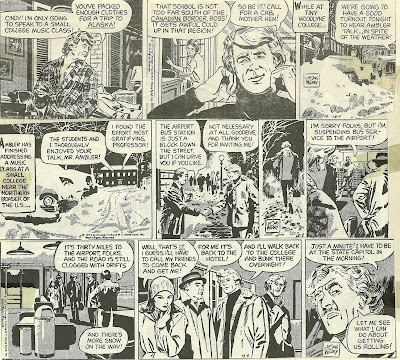 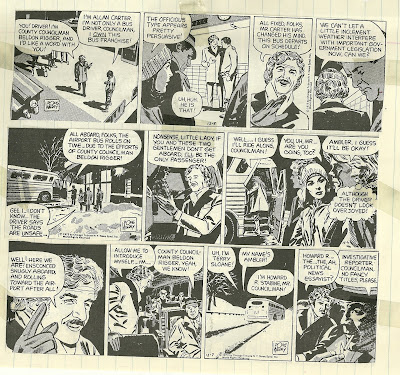 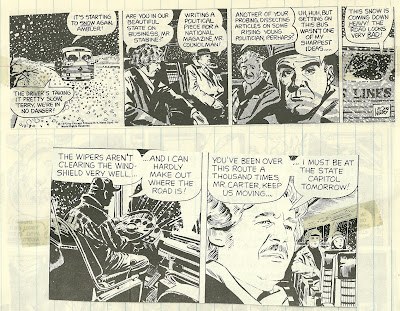 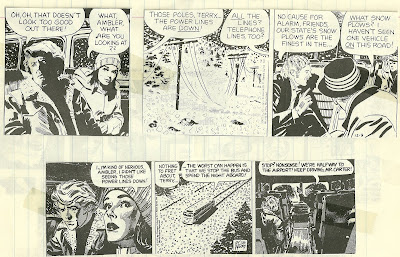 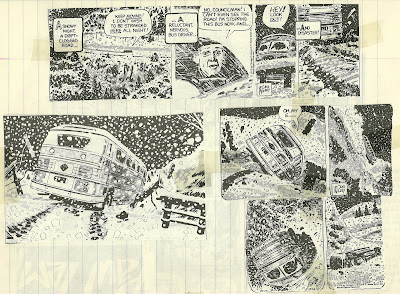 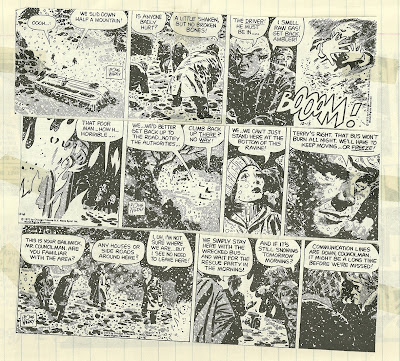 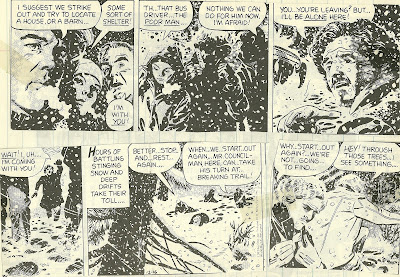 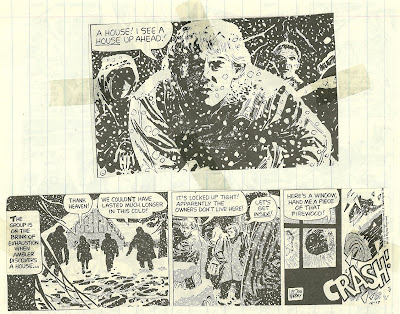 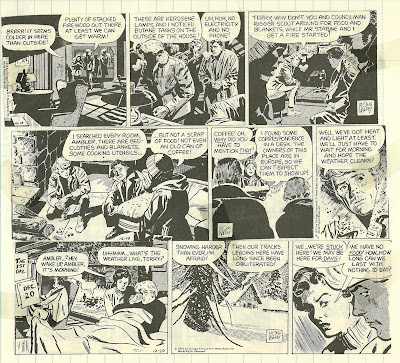 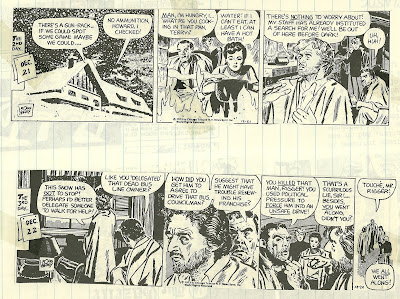 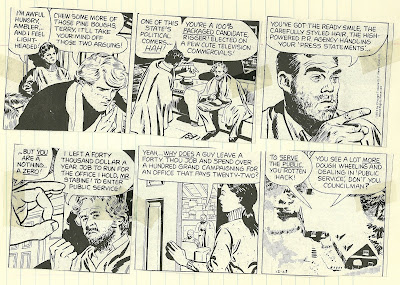 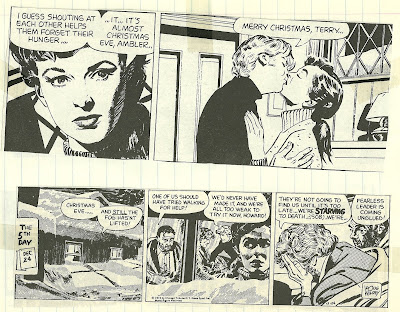 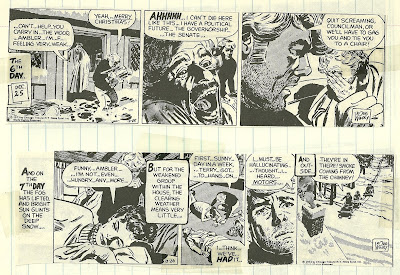 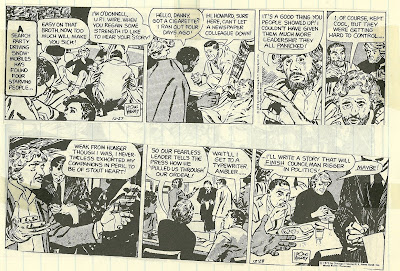