What if DC Had Created Spider-Man and Fantastic Four? 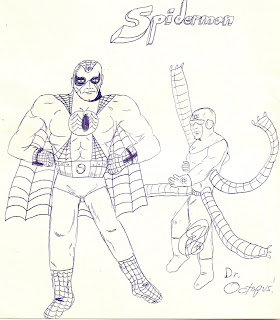 That was the question I asked myself back in 1978. What if DC had created Marvel's flagship characters? How would they look different? What would there backstories be? Well, as far as Spidey, the backstory info seems lost but here are my visuals. Note the nigh ubiquitous cape and utility belt for adjectiveless Spiderman. 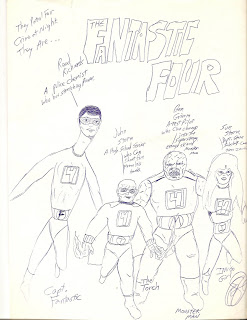 For the FF, in case you can't read my post-adolescent printing:
They patrol for crime at night! They are...the Fantastic Four!

Posted by Booksteve at 8:26 PM