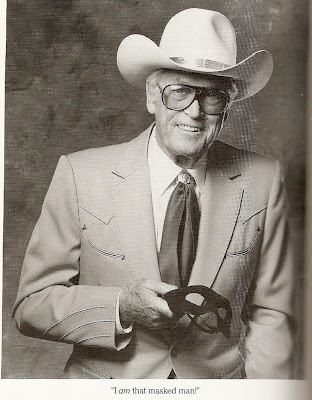 Happy 75th anniversary year to the Masked Man of the plains, the Lone Ranger! In all of that time, the cowboy hero (often accompanied by friend Tonto) has a 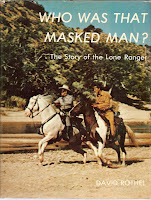 ppeared on radio, in serials, in movies, in books, in comics, in cartoons, in commercials and on lunch boxes. Its biggest success, arguably, was its early television incarnation as played by actor Clayton Moore. As with Hopalong Cassidy before him, Moore largely took on the code of the masked man and continued to appear throughout his life as the Lone Ranger, long after the TV series had ridden off into the sunset. Then, in 1979, the Wrather Corporation (which ahd purchased the rights to the character) gave him cease and desist orders. Seems they were bringing the character back to the big screen and wouldn't want the dumb movie 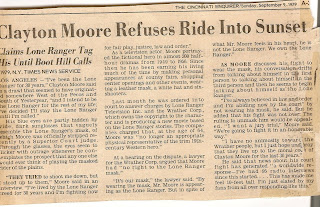 -going public to confuse some dottering old man with the hot young star they were going to create. 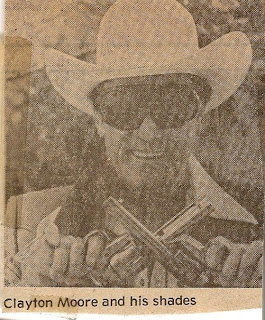 Bad move. First, Moore fought the ban. Then as more legal action loomed, he went to a modified costume and a pair of mask-like sunglasses (which eventually got him endorsements). Controverisal Chicago TV critic Gary Deeb took up Moore's cause and fans began rallying to their hero's side.

The Wrather corporation featured former actress Bonita Granville (Wrather) as one of their big-wigs and some writers portrayed the affair as Nancy Drew vs. the Lone Ranger! The corporation stuck by its guns and went forward with their movie while Moore continued making appearances as the ALMOST Lone Ranger. Talk of a boycott of the movie bega

I signed the petition. I signed the boycott sheet, too. To this day I have NOT seen THE LEGEND OF THE LONE RANGER. By all accounts, one of the worst films of its day as well as a major flop, the boycott seems to h

ave done some good. And certainly, no one would end up mistaking the classy Moore for the film's bizarrely named Klinton Spilsbury. Spilsbury made headlines with drunken off-set antics and on-set diva-like behavior. His voice was overdubbed by actor James Keach, allegedly due to its being too slurred to understand. It was to be his only film appearance. Actor Michael Horse, Tonto in the picture, managed to pull a successful acting career out of the debacle but even old-time radio announcer Fred Foy saw his cameo as a town may

or hit the cutting room floor. Horse said in a 2003 interview, "When I heard they were so disrespectful to Clayton Moore, I thought, ‘oh, no, you guys shouldn’t have done that.'”

Tired of all the negative publicity, the Wrather Corporation eventually caved and Moore went back to being the Lone Ranger, eventually writing a book whose title answered the oft-asked question of, "Who was that masked man?" He died at age 85 but is well-remembered throughout the Web. 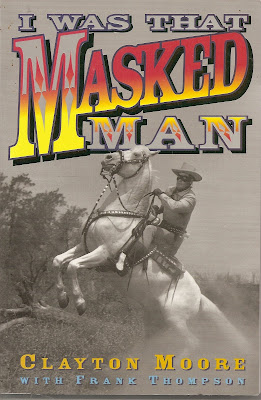