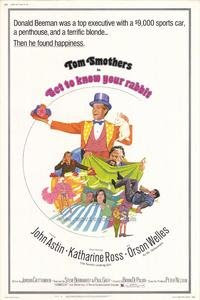 In the early 1970's, I made a list of movies I'd always wanted to see. I can't find that list. I did, however, find a 1986 version of said list that features mostly obscure films. I find it fascinating to see just how many I have eventually managed to see. Here's the list. I give it one to four stars (*) if I've seen it. 1- GET TO KNOW YOUR RABBIT- Brian DePalma's controversially edited black comedy with Tom Smothers, John Astin and Orson Welles. SEEN IT! ** 2-THE PHYNX-Legendarily unhip, barely released rock and roll spy comedy with an all-star cast. SEEN IT! ** 3-SKIDOO-Otto Preminger's acid-influenced gangster comedy starring Jackie Gleason, Carol Channing and--in his final film--Groucho! SEEN IT!*** 4-DAY OF THE LOCUST-Controversial look at old Hollywood based on the classic novel and starring Donald Sutherland. Caught a couple scenes on late night cable and lost interest. 5-HOLLYWOOD BOULEVARD-B-movie exploitation with Candice Rialson and--as the ad said, "Godzilla as herself" SEEN IT! * 6-F FOR FAKE-Orson Welles in a playful mood pulls the wool over our eyes in multiple ways while dressed like the Shadow. SEEN IT! *** 7-TRAFFIC-Jacques Tati's late period French more-or-less-silent comedy. I have a source but have yet to get it. 8-JUST IMAGINE- Bizarre early 1930's sci-fi musical comedy. SEEN IT! ** 9-QUADROPHENIA-The Who's concept album about mods and rockers translated to film. SEEN IT! ** 10-ANOTHER NICE MESS- Rich Little as Nixon and Herb Voland as Agnew. Not a clue. 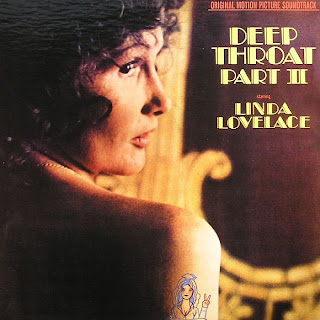 11-LINDA LOVELACE FOR PRESIDENT-one of those all-"star" so-bad-it's-got-to-be-good career-ending vehicles. SEEN IT! * 12-DEEP THROAT II-the R-rated, supposedly gangster plot-oriented sequel. Seems to have vanished forever. 13-THE BED-SITTING ROOM-Richard Lester's surreal comedy with Michael Crawford, Peter Cook and Dudley Moore. SEEN IT! * 14-DEAR INSPECTOR- French police story that was the basis for a US TV series, DEAR DETECTIVE. Nope. 15-FACE OF THE SCREAMING WEREWOLF-Lon Chaney Jr as a Mexican mummy and a latter-day wolfman. Got a source but by all accounts not worth the effort. 16-NIGHT OF THE GHOULS- Ed Wood's unreleased follow-up to PLAN 9 FROM OUTER SPACE. SEEN IT! * 17-A STUDY IN TERROR- Sherlock Holmes Vs Jack the Ripper. SEEN IT! ** 18-A MODERN BLUEBEARD- mid forties Buster Keaton feature from Mexico. SEEN IT! ** 19-WAR ITALIAN STYLE- Much latter foreign Keaton vehicle. Haven't found it 20-GENERAL SPANKY- feature length OUR GANG comedy 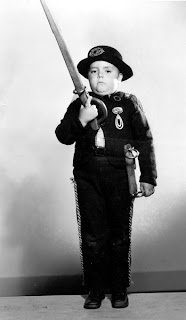 starring cute l'il Spanky McFarland. Keeping my eyes open. 21-HELLZAPOPPIN- Olsen and Johnson comedy. Saw ten minutes on YouTube awhile back but still not the whole silly thing. 22-THE INCREDIBLE INVASION-One of Karloff's final foursome. SEEN IT! * 23-SON OF DRACULA-Ringo Starr and Harry Nillson's boring musical. SEEN IT!** 24-THE WITCHES- Clint Eastwood in an Italian ensemble comedy from his peak years. SEEN IT! ** 25-ROCK AND ROLL YOUR EYES- Never seen this ELP concert film mentioned anywhere but Ive got a drive-in ad for it! 26-ROYAL FLASH- Malcolm McDowell in a lighthearted swashbuckler film. Skipped it recently on cable. 27-VAULT OF HORROR- Jon Pertwee and Ingrid Pitt in EC adaptations. It turns up. I just keep missing it. 28-THE SILENT TREATMENT-Yet another all-star cast misfire, this time a 1968 silent comedy! Possibly unreleased. 29-CAN HEIRONYMOUS MERKIN EVER FORGET MERCY HUMPPE AND FIND TRUE HAPPINESS. Just got this amazingly titled leftover earlier this week after looking for more than 30 years. I'll let you know. Other versions of the list will no doubt turn up. I remember that one had 100 titles on it! Seeing as how I actually managed to find and secure a copy of the still virtually unseen LET'S GO FOR BROKE, I think I've proven to myself that these things are NEVER completely imposible to come by! Feel free to share YOUR lists.
Posted by Booksteve at 6:32 PM