More on Legacy of Satan 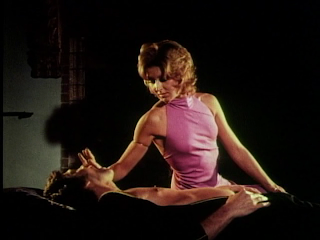 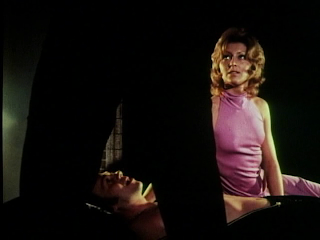 irectors (Radley Metzger anyone?) who were obviously talented and legitimately attempting to make artistic adult films. Former hairdresser Damiano just didn't seem to be one of them. Thus the surprise here that the film is so well above the expected Ed Wood style. Christa's acting, I'm sorry to say, is as b 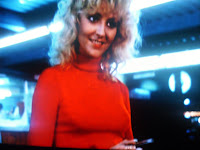 land as it gets. She looks pale and wan and while that's keeping with her "character" in the picture I doubt that they went to that much trouble. One can make a logical argument that this was made just before her fortunes turned around with GODSPELL but supposdly her name change from Sandy to Christa occurred after that so... All I know is that she sure looked a lot better in her STARSKY AND HUTCH appearance from just a few years later.
Posted by Booksteve at 7:37 AM