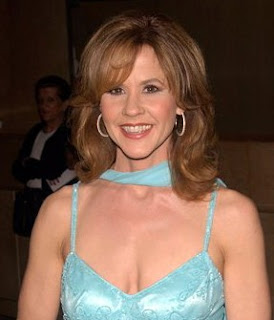 Wow! 1000 Posts! And they said it wouldn’t last! With 1 out of 5 newbies per day finding my blog by looking up "Linda Blair Nude," "Linda Blair Naked" or "Linda Blair OUI," there was only one logical subject for my milestone post and that was, of course, Linda Blair.
The thing is, and I’ve written this here before, Linda Blair took off her clothes for a few pictures twenty-five years ago and while they’re still fun to look at, she has grown into an savvy, admirable woman who uses her fame (infamy?) to help animals.
My wife and I have a dog that was rescued seven years ago. We had a friend staying with us that summer who was—like Linda Blair—a horse enthusiast and an animal rescuer. One day I got a call at work telling me they’d found this dog running down the street dragging an eight foot length of chain with a chewed-through tether on the end. The poor thing had clearly been abused. His fur was brittle, he had scars all over him and he had what appeared to be frostbite in his ears… in August. I worked until 5:30 that day but I spent much of the afternoon on the phone with one or the other of the two women in my life updating me on this dog. Early on, I began telling them that no, we could NOT keep him! After all, we already had an aging cat (who’s STILL with us btw) as well as the other girl’s 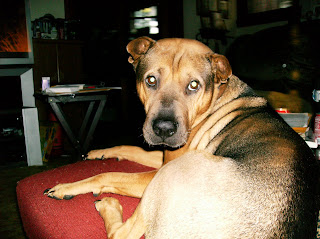 150 lb purebred Pyrenean Mountain Dog!
The girls had informed the police because of the dog’s condition and they had said to post "Found Dog" posters but to note on them that the police had been informed of the animal’s condition. They did just that. By the time I drove home the posters had all been taken down off the telephone poles and were lying in the gutters.
The wounded animal wouldn’t come out of our basement. They had taken to using terms of endearment telling him in baby talk that he was "precious!" The other girl indignantly refused to give him up even if the owners were found and my wife agreed. I know when to give in. We decided to keep him until we found him a home. Now, here, more than seven years later, we have this big, clumsy, macho dog…named "Precious!"
Linda Blair played in THE EXORCIST for a few months more than thirty years ago. She was photographed naked for OUI magazine for a few hours more than twenty-five years ago. Her scandals with sex and drugs are all in the past. In the years since then, she has found her real calling and made a real difference in the lives of thousands of animals and the people who love them! Through her WorldHeart Foundation (Home) she continues to save lives and influence others to do the same. Thank you, Linda, for so much more than the performances and the photographs.
Visit Linda Blair’s MY SPACE page, too, at MySpace.com - Linda Blair - 48 - Female - California - www.myspace.com/lindablair
Posted by Booksteve at 11:44 AM