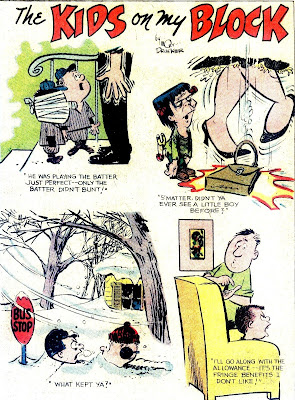 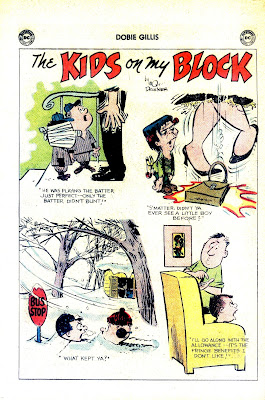 As MAD's favorite film parody artist and caricaturist for over forty years, cartoonist Mort Drucker is perhaps more widely known than most artists in the field, by style at least if not by name. Few recall his simple gag cartoons that appeared as filler from time to time in early sixties DC comics. Like these for instance.
Posted by Booksteve at 7:54 PM