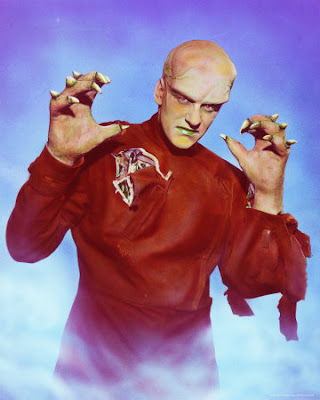 He didn't really have much of a range as an actor. He could do stoic cowboy, intense cowboy and laconic cowboy...and he could do giant vegetable people. Other than that, he was not so hot. That said, he could do iconic better than most and managed to be iconic as THE THING FROM ANOTHER WORLD, Marshal Matt Dillon on GUNSMOKE and, as my Swedish friend Andreas tells me," In Sweden he's most known by far as Zeb Macahan in series "How the West Was Won". I kid you not, every Swede over 30 knows who Zeb is. A true television icon." He was and always will be that--a true television icon. 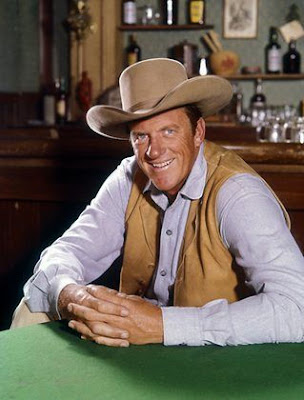 Posted by Booksteve at 2:23 PM