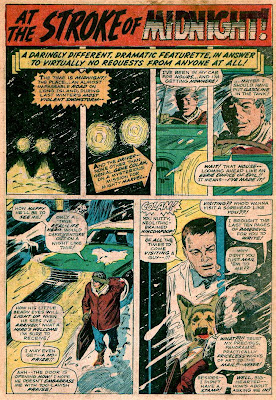 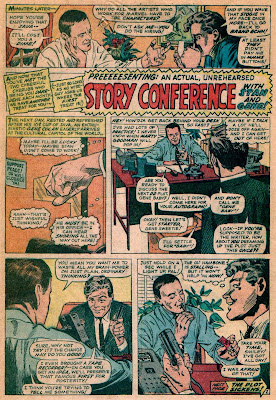 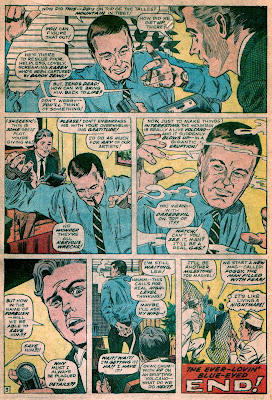 Gene Colan was one of the first comic book artists whose work I instantly recognized. Even more so than Jack Kirby! At Marvel, everyone was apparently instructed to draw like Jack so my young Silver Age eyes in 1966 were not as discerning as they became later. Colan, if he had ever been given that rule, happily never followed it. His more realistic, illustrative style, weaned on romance and war comics, felt at times out of place on superhero comics. It lacked the bombast of sixties Marvel while somehow managing to infuse a grace that simply wasn't there with anyone else's art.
My first exposure to Gene Colan was undoubtedly his IRON MAN stories late in the run of TALES OF SUSPENSE. To say they had an impact on me is borne out by the fact that my surviving childhood drawings from 1966 were all of TV's Batman...and Colan's Iron Man.
Eventually, Gene would draw most everything and everyone for Marvel, DC and even Archie Comics! His Silver Age signature characters at Marvel were the Sub-Mariner, Iron Man, Daredevil and Doctor Strange. He also had memorable runs on THE AVENGERS, CAPTAIN AMERICA and later HOWARD THE DUCK. The real gem of his Marvel work, though, was TOMB OF DRACULA on which he, Marv Wolfman and Tom Palmer made an unbeatable team for a run that lasted years!
At DC, he became the main artist of Batman for a long and memorable run along with co-creating NIGHT FORCE and such oddities as JEMM, SON OF SATURN. Gene's work popped up regularly in the independent comics that boomed through the eighties, often being given the honor of being reproduced just in pencil form because his pencils were so tight.
In tribute, we have here a back-up story from 1967's still impressive DAREDEVIL ANNUAL # 1. In this we find Genial Gene as the main character as well as the artist as he arrives for a plot session with Stan the Man Lee. We know now that things didn't really happen this way but the illusion was so much fun at the time and the pre-NOT BRAND ECHH style is endearingly silly.
Posted by Booksteve at 8:42 AM