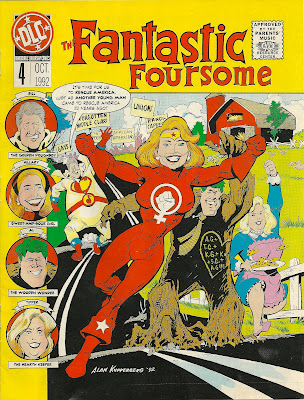 I'm sure even the non-comics fans amongst you noted that THE FANTASTIC FOUR was in the news today. This is NOT that particular foursome. No, this rare 1992 comic came pre-bagged with copies of SPY magazine. SPY was a surprisingly trendy but generally numbingly unfunny satire magazine that seemed to want to be the new NATIONAL LAMPOON but couldn't quite figure out how to do so. This was one of their odd successes--a comics and Clinton-era politics parody reminiscent of the sixties Tony Tallarico classic (now there's a phrase you don't hear very often!), THE GREAT SOCIETY COMIC BOOK. It's also similar to the much more recent ADVENTURES OF UNEMPLOYED MAN (watch for a review here soon!) in that the creators clearly have a working knowledge of both the political climate and comic book history. In this case, those creators are our pal Alan Kupperberg (veteran artist/writer for Marvel, DC, comic strips, NatLamp and Wally Wood) and writer Larry Doyle (an editor for SPY, future SIMPSONS producer and, along with Neal Sternecky, the creator of WALT KELLY'S POGO, the criminally underrated eighties revival of that classic strip). Don't skip the letters page at the end. Hilarious! Why couldn't SPY have been like this all the time? 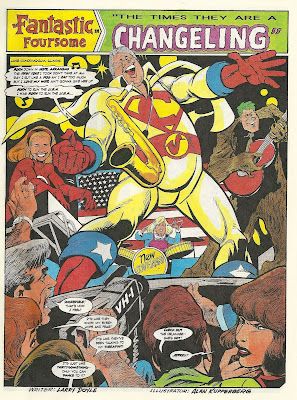 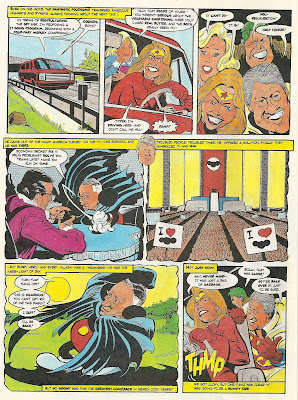 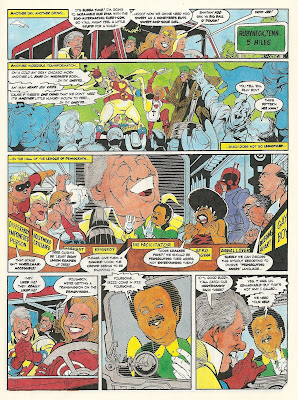 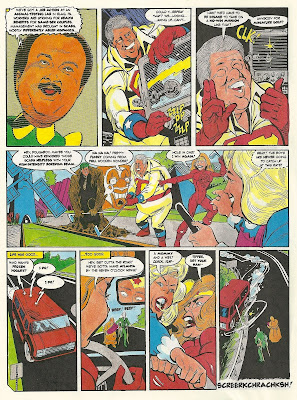 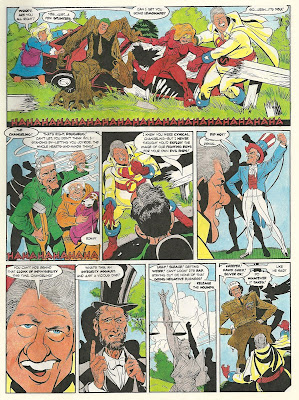 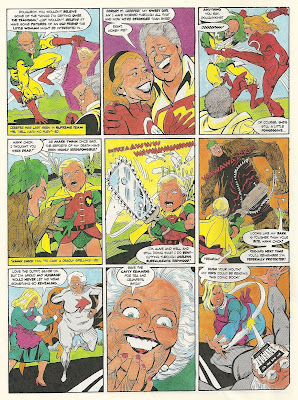 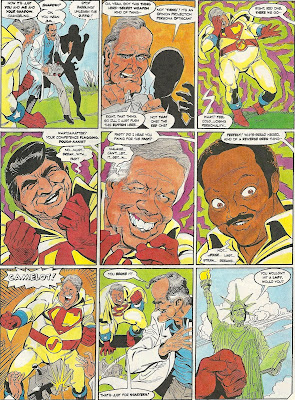 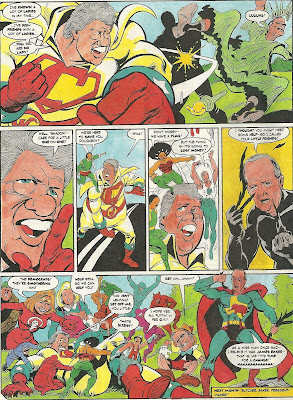 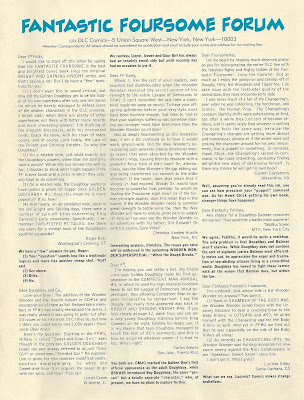