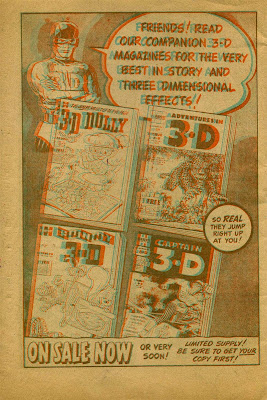 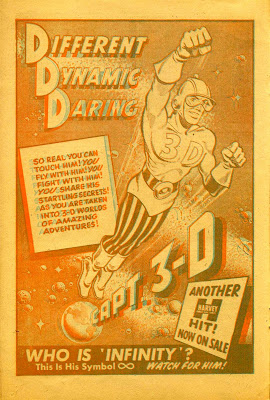 Here are a couple of house ads for Harvey's early 1950's 3-D comics, both featuring Jack Kirby's CAPTAIN 3-D. The one ad is, itself, in 3-D but the other seems just oddly colored to give that appearance. Either way, the real question is who the artist on these might be. Could be Kirby on the top one with the other titles but definitely not on the other. Looks so familiar, though. Bob Powell? Anybody?
Posted by Booksteve at 7:21 PM