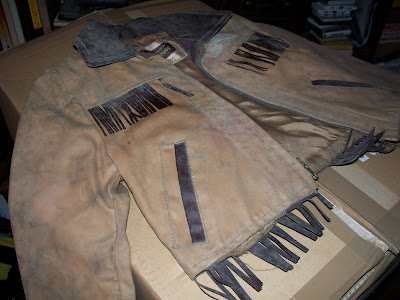 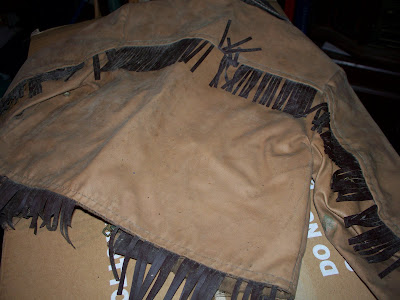 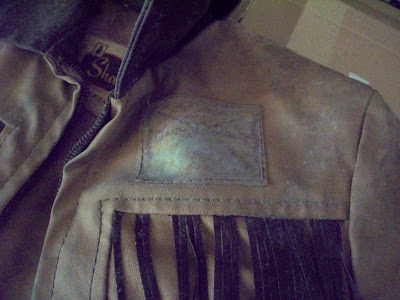 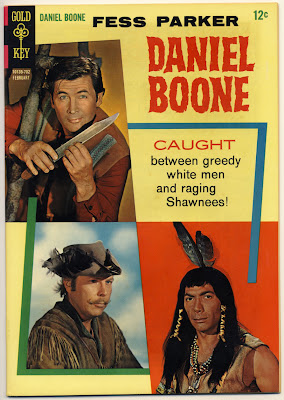 To me he was always TV's DANIEL BOONE. Disney's DAVY CROCKETT was before my time but the next county over from me is Boone County so we always noticed anything to do with ol' Dan'l! After that series ended at the end of the sixties, Parker spent a considerable amount of time, money and effort attempting to re-create a Disney-styled theme park here in the Commonwealth. The idea popped up in the news off and on for what seemed like decades and it one point I seem to recall a ground-breaking ceremony even but nothing ever seems to have come of it. Certainly nothing really like Disneyland which FessParker's Davy helped popularize with its Frontierland.
That said, one of the oldest surviving (but in no shape to be considered truly collectible) remnants of my childhood is the official Walt Disney Davy Crockett fringed jacket seen here. Undoubtedly left over from the perhaps overproduced tie-in line of a decade earlier, there is a photo of me wearing this in 1965 (complete with a coonskin cap I no longer have).
Posted by Booksteve at 6:56 PM