Movies That Fell Through the Cracks # 60 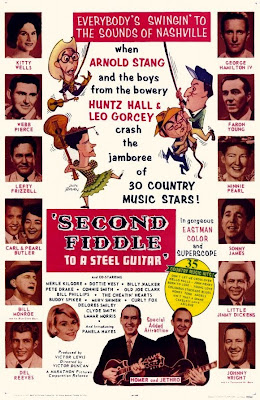 In the early to mid-sixties, there existed briefly a genre of films that tended to only play in the South. Although they ostensibly had plots, said “plots” were just an expendable frame for a whole bunch of music video-style performances from country music stars of the era.

Perhaps the most notable example of this genre is HILLBILLIES IN A HAUNTED HOUSE which featured Basil Rathbone, Lon Chaney and John Carradine. Others included FORTY ACRE FEUD and LAS VEGAS HILLBILLYS. Then there was the one we’re discussing today, SECOND FIDDLE TO A STEEL GUITAR. 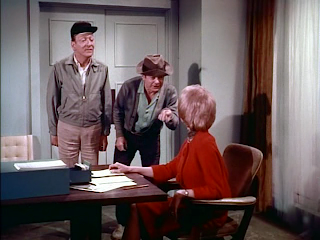 Posted by Booksteve at 4:00 PM