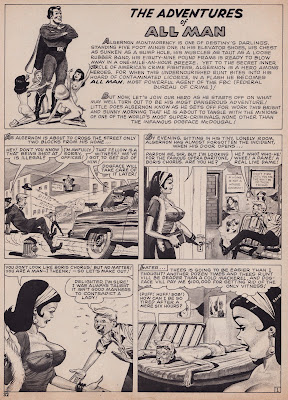 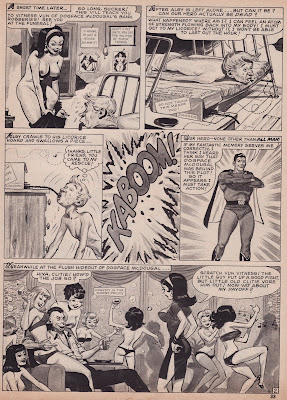 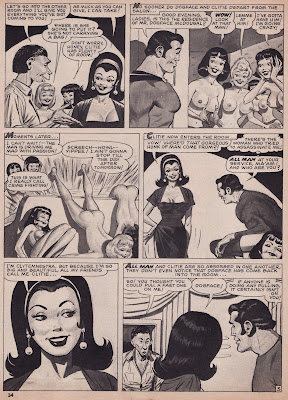 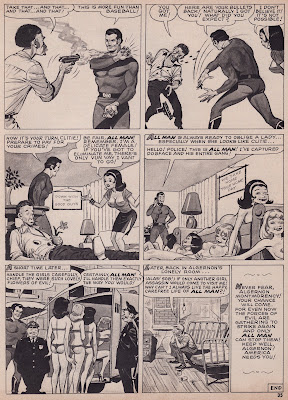 Here's a nifty find! A generous reader sent it to me thinking it might be Wally Wood. Clearly it is not. What it is, however, is kinda cool! This naught superhero parody, from 1967, is ALL MAN, as originally published in the so-called "men's sweat" mag of that name. My first thought was that ALL MAN was one of the many such mags published by Goodman's Magazine Management company as a sort of slutty sister company to Marvel Comics but apparently this was from a different but similar company. Not sure but I think the art is by Syd Shores. A little net-searching reveals that the former CAPTAIN AMERICA artist (and later Wally Wood studio mate) did quite a bit of work--mostly painted covers--for such mags throughout the sixties.
Special thanks to Harris Smith for this. Check out his blog over at http://negativepleasure.blogspot.com/
Posted by Booksteve at 7:02 AM