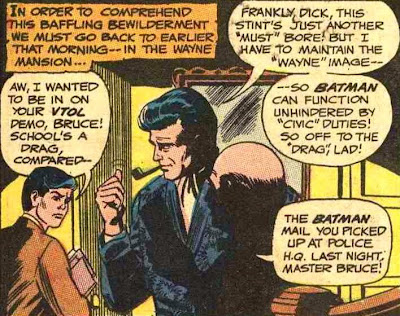 Frank Robbins wrote some exciting stories for his long-running, Caniffesque comic strip, JOHNNY HAZARD. Someone at DC Comics liked them enough to make Robbins the main artist on BATMAN and THE FLASH in the late sixties and the result was…well…weird! 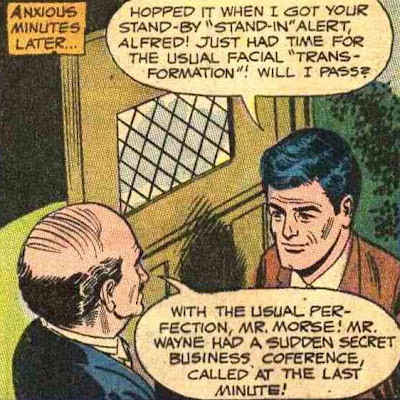 All goes well with the test flight but when the vehicle lands, it seems Bruce Wayne is nowhere to be found! JEEPERS! Commissioner Gordon tries and fails to contact Batman to help with the mystery. Cut to the flashback!

Clearly having done this before, Alfred agrees to make “the necessary call.” In a matter of minutes, the doorbell rings and “Bruce Wayne” arrives. The new arrival alludes to “the usual facial transformation” and is assured by Alfred—who addresses him as Mr. Morse at this point—that he has made himself up “with the usual perfection.” Again, clearly they have gone through this before! 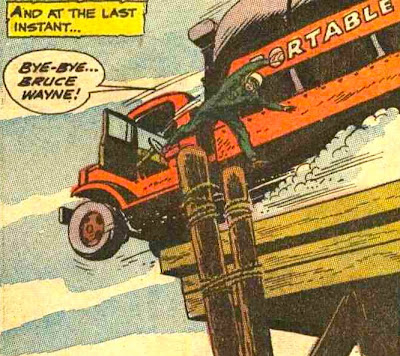 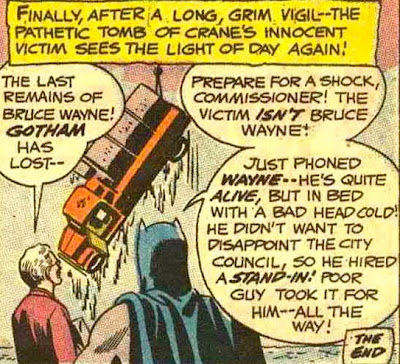