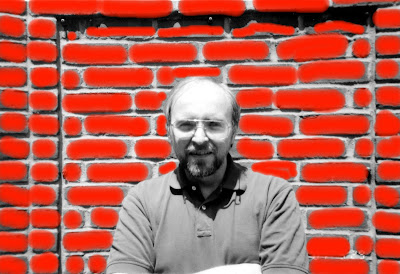 For those of you who have sat patiently through my whining about my hard drive crash and losing everything, I just wanted to say that today, after almost exactly one month, the Geek Squad fixed my PC. Now to be fair, part of the reason it took so long was that they misdiagnosed it on the phone originally, thus the first guy had the wrong part. He ordered the right part but the part they sent for the second guy was defective. The second guy ordered another one as well as a couple of other parts just in case but the third guy was stuck when the main one turned out to be the wrong model!! Now the third guy---the only person in this whole unfunny comedy of errors that showed any sympathy and any real intent of actually fixing my problem, ordered it yet again in no uncertain terms. He was back today for the fourth visit!
AND HE FIXED IT! And here's the coolest part! In spite of all the doomsayers who from day one had me convinced that I had lost everything because my hard drive had died---it was NOT my hard drive in the end. My hard drive was fine and when he fired it up every single document, file, program, picture, scan, comic book, video, movie, etc was still there, waiting patiently for me to get back to them! In the beginning I just had a sliver of hope but that sliver became stronger and that hope became faith and then finally that faith became FACT!
I win!
Lessons learned here--back up everything often, avoid the G#$K S@#&d if at all possible (unless you ask for Dave from the Northern KY store) and it's good to have a Mac while you wait for your PC to be fixed! Thanks to everyone for your support. I needed it and I wasn't getting it from the "experts."
Posted by Booksteve at 9:06 PM