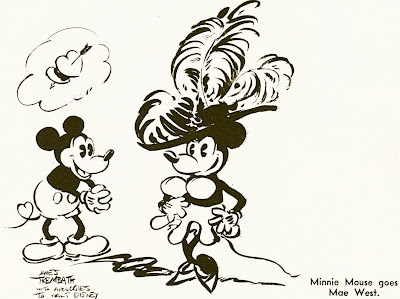 Here's a cartoon that appeared in BALLYHOO magazine in 1934. Apology aside, this probably had Walt both aghast and privately snickering. Cartoonist James Trembath drew it. He was from Pennsylvania and active in the early part of the 20th Century. That's about all I can find on him at the moment, however. Anyone know any more about him?
Posted by Booksteve at 10:07 AM