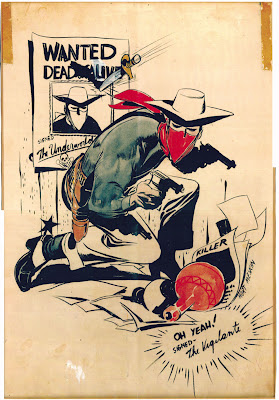 After a healthy run in ACTION COMICS and a late 1940's movie serial, the DC cowboy hero THE VIGILANTE disappeared for a couple of decades. He turned up again in reprinted stories in the early seventies, got an all-new Gray Morrow strip, was "revived" with the Seven Soldiers of Victory in JLA, had a new "modernized" version introduced and has gone on (back in his original icarnation) to appear in several of the recent DCU cartoon series. Here are a couple of full pages of THE VIGILANTE from his heyday--a pinup by his main artist, Mort Meskin and a plug for the Ralph Byrd movie serial. 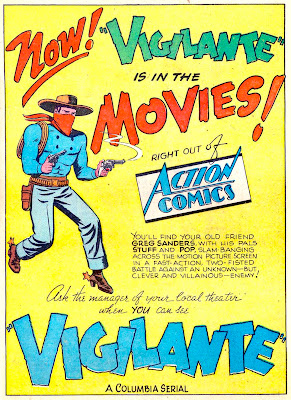