Here's a teaser for an upcoming new zombie film shot in and around Gate City, Virginia. Looks pretty good for a low-budget film and I have it on good authority that the big bearded guy at the end actually fought zombies once before on the cover of a 1990's issue of an indie comic book called THE DEAD! 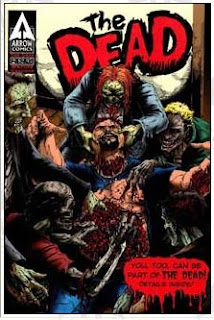