Ben Ohmart Has a Blog! 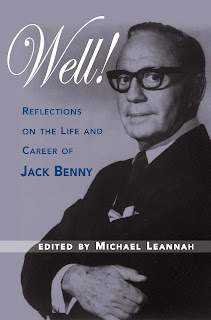 I've never met Ben Ohmart nor did he ask me to write this.

In the interests of full disclosure, however, Ben Ohmart is the publisher of IT'S THAT TIME AGAIN 3 which featured my first published short story (not exactly as I recently found out but that's another story) and also my upcoming second appearance in WELL! REFLECTIONS ON THE LIFE AND CAREER OF JACK BENNY. That said, this man founded BearManor Media in order to publish books about pop culture folks and shows that the major publishers wouldn't touch. Where else can you find full length biographies of Agnes Moorehead, Guy Williams and Walter Tetley...let alone the great Paul Frees! Bear Manor also published my Christa co-author's book on Barbara Payton! 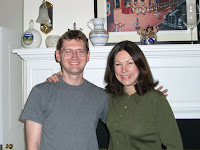 a new blog! This should be fun as this man knows everyone and/or at least their relatives! Case in point: Here's a great shot lifted from The Ohmarts that features Diana Canova (SOAP). Diana is the daughter of comedienne Judy Canova who is the subject of yet another upcoming Bear Manor book. Diana Canova is also an as yet unrevealed crush of mine (yes, another one!) dating all the way back to a memorable guest appearance on HAPPY DAYS! Haven't seen her in years but she looks great! I am so jealous, Ben!
Posted by Booksteve at 11:31 PM