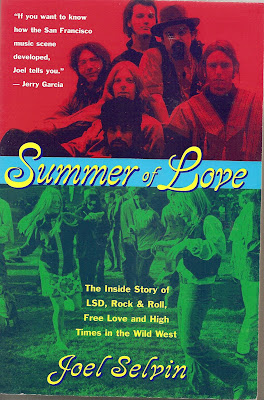 Sometimes I think I would have made a good hippie. The problem was that I was eight years old during what has come to be known as the Summer of Love (1967 if you haven’t been paying attention) and, by my recollection, never once considered going to San Francisco or trying to wear flowers in my buzzed haircut. The only acid I dropped that year was out of my chemistry set and my mom made me clean it up! Nope. I’ve said it here before but one of the wisest things Mark Twain ever said (and I paraphrase) is that everything happens ten years later in Cincinnati. In my 1967 world, even my friends’ older brothers had short hair, wouldn’t think of smoking anything that wasn’t a KOOL and their sisters would never dare wear a mini-skirt! Still, as I came to realize what was happening in the world at that pivotal time, I’ve always been fascinated by the counterculture. 1967 brought the world ZAP COMIX, the Monterey Pop Festival, Hendrix, Joplin and the Who. The love-ins and be-ins and doing your own thing and bags and flower power grooviness are all captured well in this out of print 1994 book, SUMMER OF LOVE by Joel Selvin. Although it concentrates mostly on the musical revolution, it goes back in time to 1965 to set up the cultural and pop cultural aspects that led to that magical period. It then goes forward to the inevitable morning after. To some folks, 1967 was all about sex and drugs and rock ‘n’ roll. That’s all detailed here. There’s even a handy who-s who/whatever became of? section in the back of the book! If you really were a hippie, here’s some true nostalgia for you. If, like me, you were watching from the outside, here’s a good one-stop chance to get caught up here at the fortieth (can you believe it?) anniversary of the one true Summer of Love! Groovy, man!
Posted by Booksteve at 8:12 PM