Will Eisner's Gleeful Guide to the Quality of Life 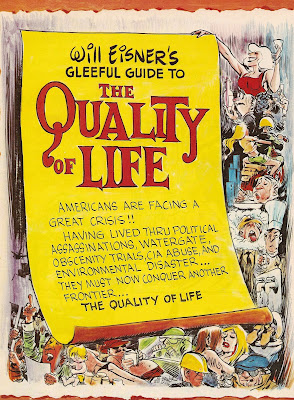 I bow to few in my admiration of the late, great Will Eisner but let us not ascribe sainthood to the man (especially since he was Jewish but that’s not the point). Here we have what undoubtedly must be considered the skeleton in Will Eisner’s closet.
In 1974 and ’75, just as THE SPIRIT revival was picking up speed, Will published a number of humorous and/or informative paperbacks including a guide to haunted houses hosted by the Spirit himself! Most of what came out, though, were Eisner’s "GLEEFUL GUIDES." The series offered humorous cartoons and commentary on plants, taxes, astrology and cooking. If the pages seen here were originally from one of these (and they may NOT have been) then it may have been the one entitled HOW TO AVOID DEATH AND TAXES AND LIVE FOREVER.
WILL EISNER’S GLEEFUL GUIDE TO THE QUALITY OF LIFE appeared in a mid-seventies issue of Al Goldstein’s slick porn mag (not the newspaper) NATIONAL SCREW. Oddly enough I (still underage) was purchasing this disgusting rag (ahem!) because they were running some great, funny Wally Wood strips! When I saw this by Will Eisner I was flabbergasted! Nudity? Rape jokes? Extreme violence? This was from the man who would go on to detail social ills so understandingly in various 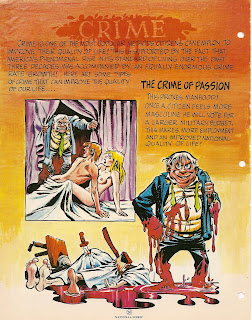 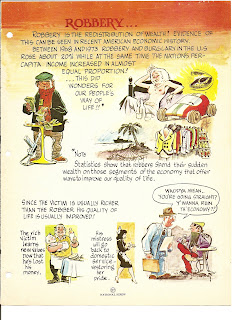 and never was but there was a time in the seventies when apparently that sensitivity wasn’t there yet. Knowing that one can understand perhaps how this came about but it’s still profoundly disturbing. Offered today in the interests of historical context and accuracy—WILL EISNER’S GLEEFUL GUIDE TO THE QUALITY OF LIFE. 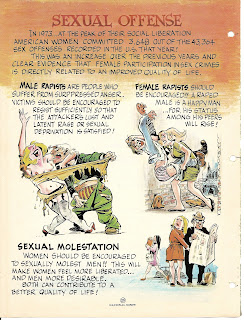