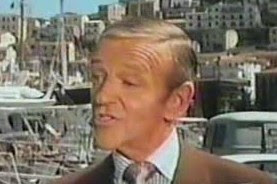 One of my very favorite male (for a change) performers is Fred Astaire. It hasn't always been that way, however. In fact, I remember the very first time I ever even heard of Fred Astaire. Even as a budding film buff, I somehow managed to avoid hearing of or at least paying any attention to his name until I was ten years old! Then it was announced that Fred Astaire would be appearing in the TV series, IT TAKES A THIEF starring Robert Wagner (whose no doubt fascinating autobiography is due soon). Now, here's the thing. You may find this impossible to believe but even as a TV kid of the sixties, I never saw one single episode of that series! Somehow, all the publicity stuck with me, however, and I remembered the name. As time went on, MGM released THAT'S ENTERTAINMENT and it was! Suddenly I became quite enamored of this easygoing, amazingly graceful man. Over the next few years, Fred began to appear fairly regularly in films and on TV again, turning in pleasant but well-acted performances in everything from THE TOWERING INFERNO and BATTLESTAR GALACTICA to GHOST STORY and THE MAN IN THE SANTA CLAUS SUIT. What he did not do, though, was dance. 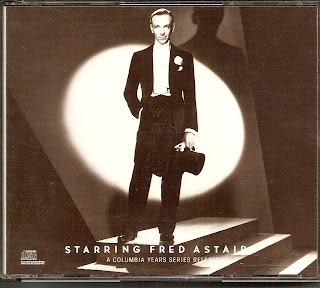 At the same time , I was discovering the younger, dancing Fred in big screen reissues of all of the RKO classics with Ginger Rogers. According to legend, the comment after his first movie audition was "Can't sing, can't act. Can dance a little." Ahem. FRED ASTAIRE WAS AMAZING! His dances with Ginger were incredible (they always said she could do anything he could do only she had to do it backwards and in high heels!) but his solo setpieces in the later MGM films were masterpieces of invention and style.
In real-life, I hear he was vain about his hair loss (he usually wore a toupee or a hat like Crosby), loved horse racing and porn films (I read he used to wear disguises to go to adult theaters in those pre-'Net days but everyone always knew it was him), he married a much younger female jockey in later years and could really hold a grudge. Who cares? This was Fred Astaire!
Last week, after all these years, I finally got a chance to see some of Astaire's appearances on IT TAKES A THIEF and they are quite fun! His amiable style translates well to the role of international thief Alistair Mundy and his not so smooth relationship with son Alexander (Wagner, of course) was well-played. Sometimes I wish that I lived my life in a linear fashion like most people but at times like this, I'm glad that I was able to spend a little time back in the sixties with RJ and Fred...finally.
Posted by Booksteve at 8:33 AM