Easy Way to a Tuff Surfboard 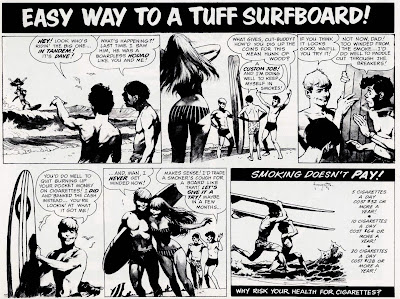 For those who haven't seen it, here's the classic Frank Frazetta anti-smoking "ad" that appeared off and on for years in Jim Warren's magazines from the late sixties through the early seventies. This MAY well have been the great "Fritz's" last work in a comic-strip style. Strangely enough, I'm betting that most comics artists probably smoked fairly heavily in those days!
Posted by Booksteve at 4:04 PM