Man or Mouse at the Old-Time Radio Con 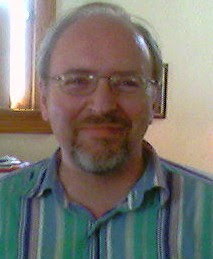 Talk about bookending a day! This morning I went to see a guy who wanted to take my very first TV appearance (with the comedy troupe the Ohio River Swim Club) from 1980 and clean it up, dust it off and use it in a web project. We’ll get into exactly WHAT as things develop but the interesting part was seeing myself at age 21, in a sketch I wrote myself, giving the dullest walk-through performance that anyone ever gave. I actually apologized to the guy for a "performance" I gave 27 freakin’ years ago now! I err…also apologized for the DEBBIE DOES DALLAS clips that followed. Hey, I was a kid and Betamax was a truly wonderful invention!
Cut to several hours later at the 21st Annual Cincinnati Old-Time Radio and Nostalgia Convention. Longtime readers know that the highlight of the annual convention for me has always been the re-creations. My wife and I have been privileged to perform with radio legends such as Ezra Stone, Parley Baer, Willard Waterman and the recently deceased Hal Stone. After working with him for more than 13 years at this show, I’m proud to count Bob (McHALE’S NAVY, BATMAN) Hastings as a friend of mine.
In the past 19 years I have played an Englishman, an African-American, a Chinese man, a wisecracking photographer, a detective, a French fur trapper, a chimp, a frog, a dog, a crow and a whole bunch of teenage boys and old codgers. My wife will tell you, however, that I dread every year’s auditions figuring that my 15 minutes are well-stretched and other, better, amateur performers will be cast instead of me. That hasn’t happened yet. This year, in fact, we walked in and our director for nearly all of the past two decades, pulp-buff extraordinare Don Ramlow immediately assigned me (well before the actual auditions mind you) 4 small roles replacing an absent someone in a pre-cast script by a group from Michigan to be performed Saturday night.
The actual auditions were for a GUNSMOKE, an X-MINUS ONE, a FORT LARAMIE and an ESCAPE! There were, as usual in recent years, a LOT of good folks auditioning. Even my 10 year old son, Bernie the Brai…I mean BookDave, tried out and gave a memorable run at the role of a talking radioactive mouse. He didn’t get it though. I did. It was the only role I got but it would do. 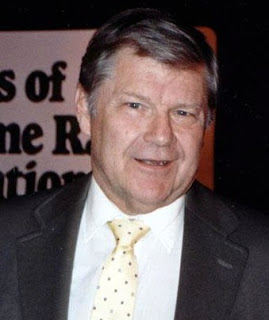 The story was Friday evening’s X-MINUS ONE entitled CHAIN OF COMMAND as originally broadcast in 1956. Bob Hastings was in more than a dozen episodes of that series originally but not this particular one, The script dealt, on the surface anyway, with a small mutant mouse who wanted a trap removed from in front of his door at an atomic laboratory. It was actually a sometimes clever, sometimes cliched metaphor for cold war fears of non-loyal hordes being in our midst.
Rehearsals came fast after the casting and within two hours I found myself on stage with the full compliment of this year’s guest stars—Bob Hastings, Rosemary Rice (who played Betty on ARCHIE), Esther Geddes-McVey and Ruth Last (who has appeared in two Woody Allen films in recent years). Amongst the very few amateurs in this particular production was my own lovely bride of nineteen years working as the Announcer.
Ms. Last played the Mouse’s overbearing wife whose nagging takes him all the way to Washington about getting the mousetrap removed. Bob was the government clerk that they used to try and get my character drunk (and rather suggestively laid albeit in mousy form…with TWO female mice yet! And that’s in the ORIGINAL VERSION!!) to find out what foreign power he was actually working for and what secrets he knew.
A less than full house (maybe 150 people) seemed to enjoy the half hour performance. I love working with Bob because he and I actually look at and play off each other during the performance as opposed to simply standing there reading the script and thinking "Hey, it’s radio. It’s just reading, not actual acting." As some amateurs and even a few pros have done over the years. The original actor for my role had been John Gibson. I was vaguely familiar with him but when Don said that Ezra (HENRY ALDRICH) Stone had once played this role, I opted to go with a voice similar to Henry’s radio pal, Homer. At rehearsal, Bob suggested it made be a little too nasal and "Jugheady" and I agreed so I worked on toning it down for the actual performance. I ended up sounding vaguely like Elroy Jetson.
It seemed to work. I had more lines than any of the celebs and was on mike nearly the whole time with two three page exceptions. At the end of the performance, while still listening to our applause, Hastings patted me on the back and said I was "brilliant!" Ms. Rice, a consummate professional and perfectionist, offered similar kudos as I left the stage. The sound man, Dave Davies, came over and said that it was the best performance I’d given in all the years he’d seen me perform there. Two other people from the audience shook my hand and hugged me. Laura Jansen, herself an impressive actress, said, "You were SOOO CUTE!" Audience members I didn’t even know came up and introduced themselves to tell me their favorite lines and shake my hand. As my wife (who turned in a great announcing job!), my son and I made our way to the car to head home for the evening, more than a dozen folks just reached out and touched me and said things like, "Brilliant!" and "Funny!" and "You were just great man!" Part of me just wanted to stay and bask in it for awhile but I rarely eat on a day I’m acting so by this time (going on 9) I was starved!
Perhaps the best compliment of all was when Bob Hastings said he’d see me at tomorrow’s rehearsals and I told him I wasn’t in any of the celeb shows for Saturday. He grimced and said, "What?! Those…They NEED you!"
So, I bookended the day by revisiting my first and worst performance and ended it with my latest and by all accounts (don’t let it go to your head) greatest. Heck, even stranger, one of the dealers actually had a DVD copy of DEBBIE DOES DALLAS. That made me smile.
By the way, neither of the above pics was taken yesterday. The one of me is a relatively recent (but pre-dye job) cell phone shot taken by friend Kim and Bob's was lifted from the net for informational purposes. More on the rest of the convention tomorrow!
Posted by Booksteve at 5:07 AM