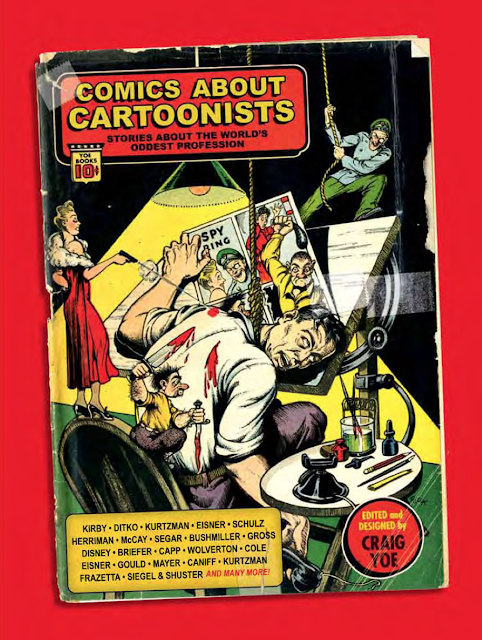 When I was a kid, I wanted to be a cartoonist. In fact, I was convinced it was inevitable. I started creating my own characters (a Smokey Stover type garage mechanic named Garly Gratcher, for example)by age 9. I copied tables and lamps and cars and trees from newspaper strips, knowing full well I'd need them for backgrounds in my strips.

Twenty years later, I actually submitted a comic strip when King Features was looking for new talent. They passed. Eventually, yet another decade on, the samples I wrote and drew of that strip--BESS SELLERS--were printed in a Waldenbooks newsletter...until the company tried to claim copyright on them.

My point is that I have always admired and coveted the world of the cartoonist. Now we have a book about cartoonists and their comics. In fact, it's COMICS ABOUT CARTOONISTS.

Author Crag Yoe has stated repeatedly that COMICS ABOUT CARTOONISTS is his favorite amongst all the wonderful historical collections he's assembled in recent years. There was much discussion about what to call the book but in the end the simplest answer was the best. Every story in this volume is just what it says, a strip with a cartoonist as a character. There's a surprising amount of strips that fit that criteria--enough to fill at least another volume or two! But these are some of the best and best known. 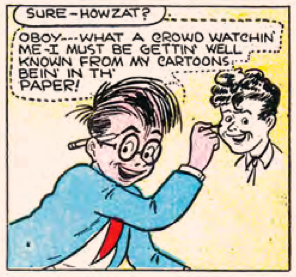 After Yoe's usual informed and informative introduction, we get to the goods. And good they are. Just some of the artists whose stories, strips, covers and panels appear are: 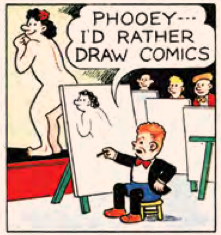 and, as they say, many more!

It's a fun and eclectic collection all the way through and it's highly recommended if you ARE a cartoonist or ever wanted to BE a cartoonist, you get yourself a copy right away!

If, however, you'd care to try your luck first, BOOKSTEVE'S LIBRARY is giving away a FREE copy of Craig Yoe's COMICS ABOUT CARTOONISTS! That's right! Once again thanks to Craig and the good folks at IDW, we have a copy to be won! 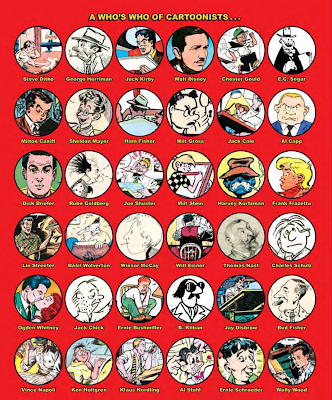 Here's what you have to do. Send us a list of your Top 5 all-time favorite cartoonists (and why they are, if you'd like). That's it. Contest ends a week from tomorrow on Saturday, January 19th. The winner will be chosen, as always, via a random drawing from all eligible entries sent to booksteve@aol.com . No purchase necessary.
Posted by Booksteve at 1:30 PM