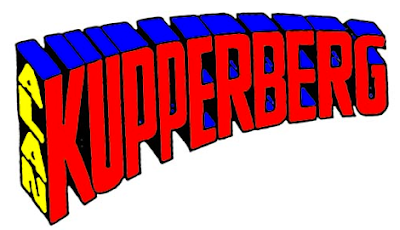 As I've stated here before, I was never much on collecting original comic book art. Had I ever had the money, that might have been different. If , however, you like that sort of thing, friend of this blog Alan Kupperberg is taking commissions!
The prolific artist started out working with Wallace Wood and Neal Adams in the early 1970's went on to draw, amongst others, SPIDER-MAN, THE AVENGERS, HOWARD THE DUCK, THE JUSTICE LEAGUE OF AMERICA, ANNIE and the infamous (but popular!) OBNOXIO THE CLOWN VS. THE X-MEN! Along the way he was a notable contributor to NATIONAL LAMPOON and many other magazines and comics.
You can find out more about Alan here:
http://www.alankupperberg.com/index2.html
and if you want to commission him you can write him directly here:
kupperberg@earthlink.net
Tell him booksteve sent ya!
Posted by Booksteve at 11:32 AM