Sex and OTR in the Seventies 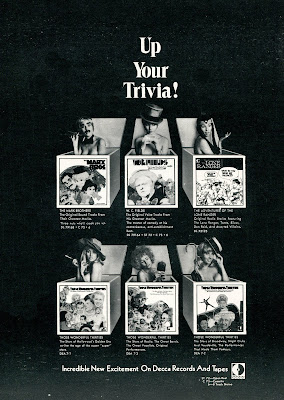 It's an advertising truism that sex sells and in the seventies it was at least tried with everything! Here, for instance, is a print ad for old-time radio and nostalgia record albums of the early seventies being promoted by women who give the distinct impression of being barely--if at all--dressed!
Posted by Booksteve at 5:17 PM