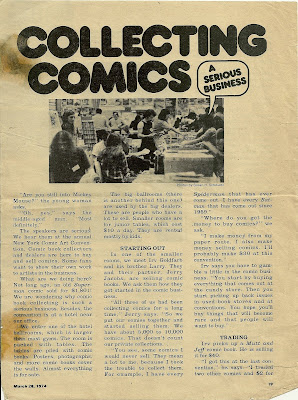 Here's one of those "Gee, I can't believe comics cost so much" articles by an anonymous writer from a March, 1974 issue of the school based magazine, Scholastic Scope. You have to wonder waht the author would think of more recent auction prices! Our pal Tony Isabella is name-checked in the piece and there's a nice pic of the late Phil Seuling, legendary superfan/dealer and credited with founding the direct market for comics. 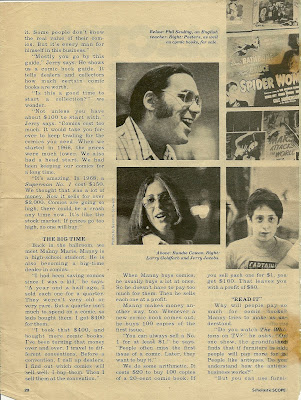 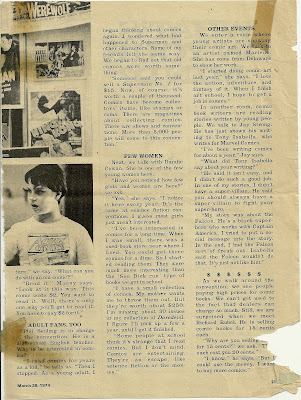 Posted by Booksteve at 4:28 PM