Medal of Honor by Norman Maurer-1972 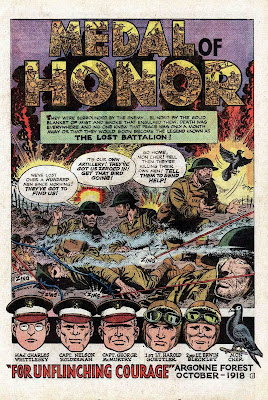 If he's remembered at all these days, Norman Maurer is most likely to be recalled in Three Stooges fandom as the man who married Moe's daughter and spearheaded their career revival from the late 1950's through the abortive KOOK'S TOUR of 1970. Although certainly impressive, what tends to get lost in all of that is that Norman Maurer was an excellent cartoonist and one-time business partner of elder statesman artist Joe Kubert. Beginning in the 1940's his work was featured in various comics but most notably in the LITTLE WISE GUYS series which appeared in--and later took over--the original DAREDEVIL comic book from Lev Gleason Publishers. In the fifties, Maurer and Kubert landed at St. John where they are credited with the very first 3-D comics. While there, Maurer came out with a delightful series of almost MAD-style THREE STOOGES comics, also. After he became the team's producer, though, the handsome artist left comics. Even those who DO know Maurer's Golden Age work may not realize that in the early 1970's, after Larry's stroke effectively disabled the Stooges as a working unit, Norman Maurer returned to comics doing anonymous work for Gold Key but also some excellent, well-written and drawn war stories for DC. Here's one now, signed "Maurer, 71" and published in an early 1972 issue of GI COMBAT. 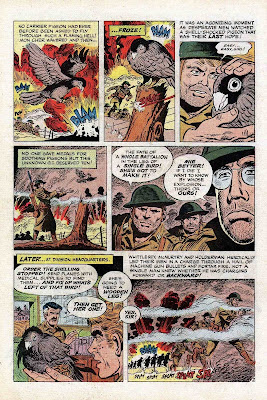 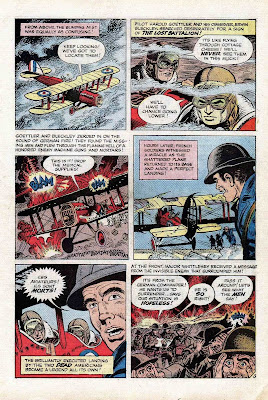 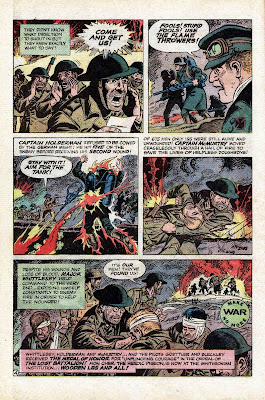 Posted by Booksteve at 9:34 PM