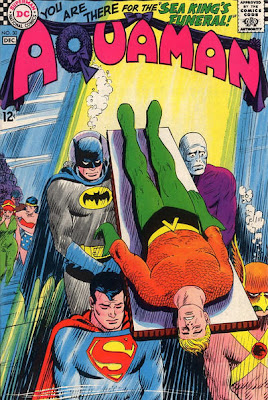 Cardy was one of my first favorite artists for his Silver Age Aquaman work. I can't swim, I've never seen an ocean and I'm not big on sea life or even sea food. But Cardy made me feel like I knew Aquaman and his family personally. Part of the reason for that was that unlike many of even the best comics artists, Nick had a way of giving unique, individualized faces to his characters. Aquaman didn't look like Superman in an orange suit or Barry Allen or Bruce Wayne. He looked like Aquaman.

In the seventies, Cardy was a major cover artist for DC.  My all-time favorite comic book cover, however, comes from Nick Cardy in the late sixties.

Thank you, sir. Rest in peace. 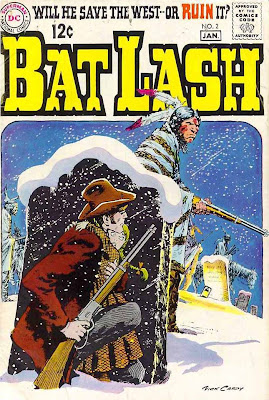