Bob Barker and the Three Stooges 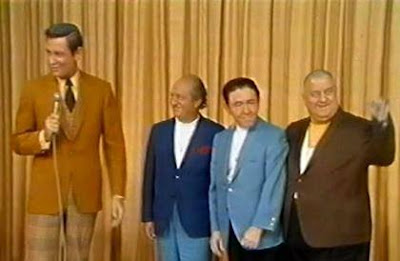 In late 1969, I was at my friend Jeff's house early one evening and the TV in his living room was on. The show was TRUTH OR CONSEQUENCES, starring Bob Barker. We weren't paying that much attention to it as we were playing with action figures. But then Bob brought out some special guests--THE THREE STOOGES! As a lifetime Stooge fan, I was literally astonished--which is why I remember it so well--to see just how SHORT they were!