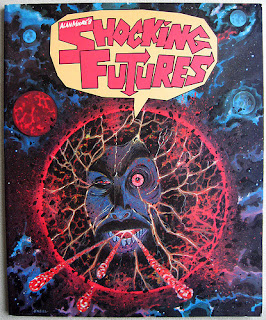 Alan Moore turns 60 today. It seems like only yesterday I discovered his writing for the first time in his second SWAMP THING issue. That was around the same time that my local comic shop started carrying 2000AD both new and old. I grew to truly appreciate and enjoy Mr. Moore's writing in his little one-off tales, some of which remain amongst my favorite comics stories of all time. But he also did SKIZZ--a better version of ET than ET. And THE BALLAD OF HALO JONES--a philosophical soap in sci-fi trappings. And DR AND QUINCH--an unsettling anarchistic black comedy series about destructive alien teens.

My comic shop also started carrying DAREDEVILS, the great Marvel UK title in which Alan Moore too over the CAPTAIN BRITAIN strip and used it to skewer comics tropes. He also wrote articles and other comics and text stories for the mag, showing off his great love and understanding of comics history and tradition. 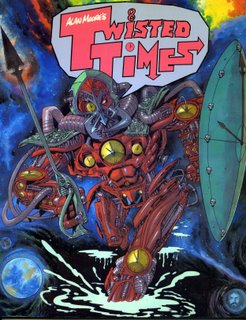 Things got even better with the coming of WARRIOR. WARRIOR presented both V FOR VENDETTA and MARVELMAN, the latter becoming one of my all-time favorite comics series.

Meanwhile in the US, Moore's popularity continued to grow and his SWAMP THING lead quite directly to the creation of Vertigo, DC's line of more adult comic books.

WATCHMEN followed next. It seems fashionable to put it down these days but it was like nothing we'd ever seen before at the time and the author's collaboration with artist Dave Gibbons was amongst the most perfect team-ups in comic history.

But good things can't last. Alan Moore grew too big for traditional comic books, both in popularity and--some say--in his own mind. Already an eccentric, his later works, although almost always still tinged with his mad brilliance, never quite seemed as good or as focused. Some, like LOST GIRLS, were considered major missteps. 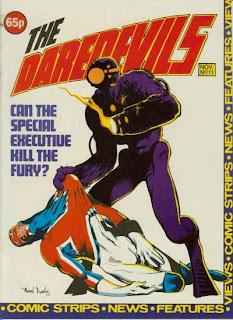 The man himself became more and more MOORE. He has a history of burning bridges both with individuals and with companies...as well as fans. His interviews have become more petulant, more arcane and more frustrating. His work has become less and less available and what IS available, he has often insisted his name be removed.

While it may be hard for the average reader, myself included, to grasp where the man is coming from these days, the bottom line remains the same: Alan Moore is one strange dude!

It also remains the same that Alan Moore is indisputably and unquestionably the single best writer to have ever graced the comics field. To paraphrase what Wally Wood used to say about himself, there is only ONE Alan Moore...and he's him!

Happy birthday, Alan Moore, you mad genius, you. And thanks for all the great comics! 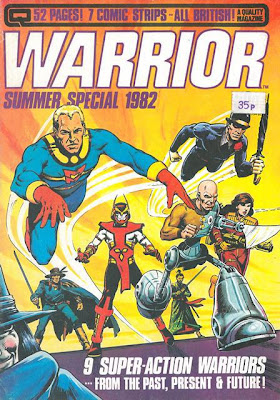 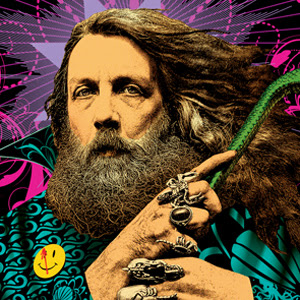