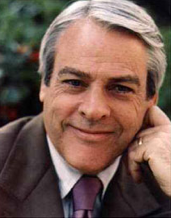 One of the scariest films I saw as a child was Don Siegel's INVASION OF THE BODY SNATCHERS starring actor Kevin McCarthy. Not long after I first saw it, I recognized McCarthy on an episode of TWILIGHT ZONE that has since become a favorite. He continued performing on TV and in films totaling nearly seven decades and was always a welcome presence whether in a serious performance or a tongue-in-cheek cameo. A fan-favorite in recent years at Conventions and autograph shows, Kevin McCarthy lived to be 96 years old.
Posted by Booksteve at 5:38 PM