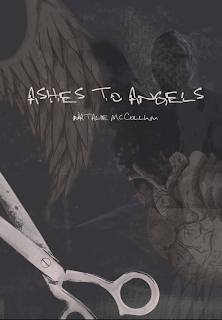 Recently I strongly recommended the book ASHES TO ANGELS by Natalie McCollum from Punkin House Press. Today I also recommend three more titles from this new small press. Punkin House Press strives to be as green as possible. While they aren't a print on demand publisher, they don't do huge press runs at any one time, thus saving a few trees for a while longer. No, in the current tricky economy, Punkin House Press is pushing e-books. While one might lament the lost pleasures of curling up in bed with a good book, there’s something to be said for the instant gratification of hitting a button and downloading your book right away.

Along with the aforementioned ASHES TO ANGELS, the other books I’m talking about are THE CALLING by Rob Kiefer, THE SOUL SEEKERS: THE STORY OF ZOEY TALLMAN by Rochelle Buroker Cochran and LOVE SUCKS! By Lauren Hammond.

First, here’s a refresher on what I said about ASHES TO ANGELS: This just published book, the first for author Natalie McCollum, is

derivative but purposefully so. Its characters think in song lyrics and poems and quotes and pop references as we wind our way through the tale of an angel who cuts off her wings and falls for a self-destructive poet. Well, that’s it on the surface anyway. Even that is an interesting story but there are so many levels to it!

With its almost stream of consciousness narrative and heavily footnoted pages, the book brings to mind works as disparate as Joyce’s FINNEGAN’SWAKE or Mark Danielewski’s HOUSE OF LEAVES. More than anything else, though, ASHES TO ANGELS reminds me of the slightly disturbing yet welcoming vibe one gets from Neil Gaiman’s SANDMAN. And I dearly love Neil Gaiman’s SANDMAN.

Ms. McCollum's writing style has a poetry over and above the generous amount of actual poetry in the story itself as part of the plot. The subjects veer into deep dark corners and complicated philosophies, much of which are dealt with in the characters’ heads rather than in dialogue. By the middle of the book you find yourself asking if anything is what it seems…not just in the book but in real life! 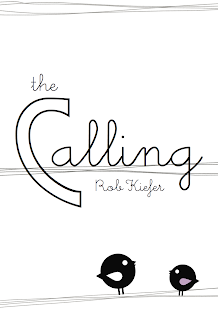 JONATHAN LIVINGSTON SEAGULL in that its characters are all anthropomorphized birds and animals. Riley is a young purple martin glorying in his first summer when he first hears of “the calling,” the natural instinct of the birds to head for warmer climes during the winter months. Both dreading and anticipating the calling, his thinking is changed when he encounters prejudice upon finding a wounded pigeon. The elder birds tell him that pigeons aren’t like him—they’re dirty and scrounging and bad. Riley’s curiosity gets the better of him and he ends up saving the pigeon who then reciprocates. In the end, Riley decides to reject the calling and see for himself how pigeons live only to find out that wasn’t necessarily a good choice. What follows is a series of often harrowing adventures as the two very different friends take care of each other while attempting to get Riley back to his tribe. Taken on one level, this is a simple, exciting children’s story but on another level, it subtly explores the implications of prejudice and friendship. The characterizations are good throughout with Riley leaving quite a memorable impression. Kiefer’s writing is solid and professional even though this is his first published novel. THE CALLING would make a marvelous CGI animated film and in a perfect world should be in school libraries everywhere.

THE SOUL SEEKERS: THE STORY OF ZOEY TALLMAN is, as are so many fantasy books these days, the first of a trilogy. 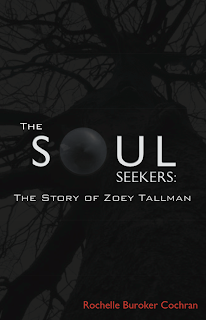 love story as the main plot in this volume while the constantly building overplot remains back-burnered until next time.

Instead we meet Zoey, a typical teenage girl with typical teenage issues and fantasies but a wonderful relationship with her single father dad. Zoey is written so well right from the beginning that even if you aren’t a teenage girl yourself you can relate to her fears and hopes almost as if you were. She’s normal. She's ordinary. She’s written very, very real. Thus it’s all the more intriguing when Zoey starts hearing a voice in her head and seeing a world that isn’t there.

Before long we find that Zoey isn’t who we think she is and neither is anybody else. One of the great fantasies of all young people is that maybe their real parents were from another world and maybe someday they’ll learn that they secretly have magical powers. In this case, Zoey’s fantasy comes true only to have all the inherent issues attached to it suddenly invading her life. Along the way, though, she falls in love and it’s her enjoyably written love story that we follow the most.

THE SOUL SEEKERS: THE STORY OF ZOEY TALLMAN is another book that would be quite appropriate for school libraries as the author successfully taps into so many fantasies of the typical teenage girl today. I came to really like the main characters and I can’t wait for part two!

Finally, LOVE SUCKS! By Lauren Hammond is a vampire novel with a twist. Its protagonist ends up as the last vampire on earth 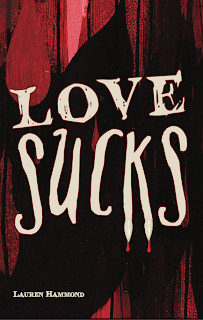 …in the present day. Well…she thinks she is the last vampire anyway.

Like Zoey, Cara was a typical teenage girl, also, but about three centuries back in Europe. One thing led to another and, as often happened in those days (in fiction at least), before she knew it she was a vampire.

As you might imagine, this is frowned on by the local villagers and so Cara moves around and eventually ends up in Colonial America. About halfway through the book, she goes to sleep and sleeps for three hundred years. When she awakens in the present day, the book takes on a lighter tone as Cara’s attempts to fit in and get by in the modern US become almost sitcom moments, up to and including the stereotype wacky neighbor. There’s a hot guy and her long dormant hormones kick in for a bit of a love story even.

Don’t get me wrong though. This is nowhere near vampire sex on the scale of the Anita Blake or Sookie Stackhouse books. In fact, it’s closer to what you might find in TWILIGHT only with less angstier characters.

LOVE SUCKS! is also the first of a series dealing with Cara and her modern-day adventures both darkly serious and seriously fun. The dialogue is sharp and you come off the book feeling like you really do want to spend more time with some of these folks.

So four books that I’ve read recently, all from the same publisher and all enjoyable, inexpensive reads. Four new authors with great potential. Go here http://shop.PUNKINBOOKS.COM/ and you can get your own copy of one or more of these books in minutes. You won’t be disappointed.

Posted by Booksteve at 2:11 PM