Swell Comics For Our Troops 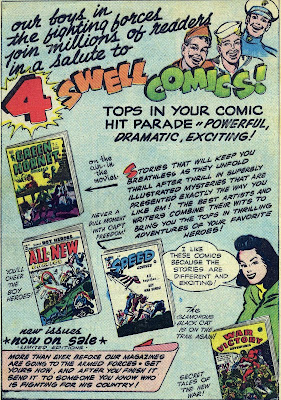 Here's an interesting World War II era ad from Harvey comics touting the popularity of their comics with the armed forces. I wonder, however, why they bothered to put "limited editions" on the ad. Comics rarely went back to press in those days so, even though they often had huge print runs (in spite of paper shortages) weren't they ALL really limited editions?
Posted by Booksteve at 7:34 AM