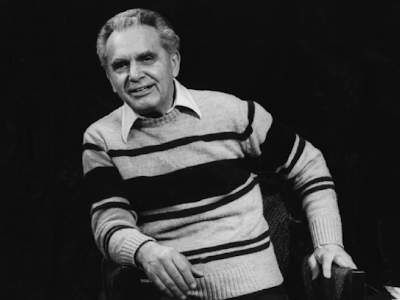 1966, as I often say (see other blog) was the single best year ever for pop culture. It was also the year that I discovered all three of my favorite comic book artists--Wally Wood (see OTHER other blog), Steve Ditko (with a book on him dedicated to me last year) and Jack Kirby. 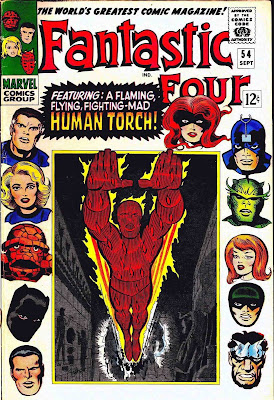 My parents bought me a lot of comic books when I was very little but they were almost always Harvey comics. The first non-Harvey I recall getting was X-MEN # 11 with its striking Jack Kirby cover. I have long credited that book with teaching me to read. The pictures were so exciting and confusing that I had my Mother read it to me again and again until I could read it myself and then I was able to take that knowledge and move on to other comics and books. My lifelong love affair with reading (hence, "BOOKsteve") began because Jack Kirby's art was so seductively powerful.

When I actually started collecting comics, I read mostly DC's at first. Then I saw the cover of FANTASTIC FOUR # 54 and FF immediately became my all-time favorite comic book, a position it has maintained due largely to the first 102 issues, a straight run of art and unbridled creativity by Jack Kirby. If the sixties was about expanding your mind, who needed chemicals when one had Jack Kirby!

In late 1970, I was soon to turn 12 years old and my parents were pressuring me to maybe give up comic books now that I was going to be a teenager. I actually did stop buying them for awhile. A couple weeks maybe. Then one day I picked up one that had been stuffed into the side of the couch unread--FOREVER PEOPLE # 1, one of Jack Kirby's first comics after his move to DC. I was immediately hooked all over again and started buying and cataloging the whole "Fourth World" series of books. 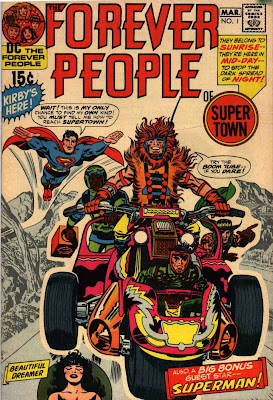 Advertised in the early DC books was the KIRBY portfolio seen here which I actually talked my parents into allowing me to order in spite of its exorbitant price of $4.00! 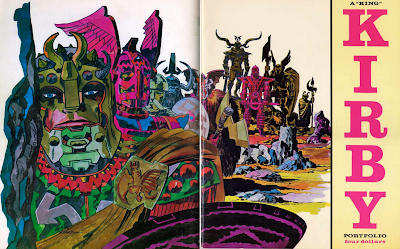 In mid-decade, Jack returned to a very changed Marvel which had continued to build on the foundations he had left behind. Although as innovative as ever, his new comics were derided as "old-fashioned" when, in fact, they were by that point highly stylized and much more creative than the 47th rehash of Galactus. One of his most memorable contributions during this period was the Treasury Edition of CAPTAIN AMERICA'S BICENTENNIAL BATTLES. 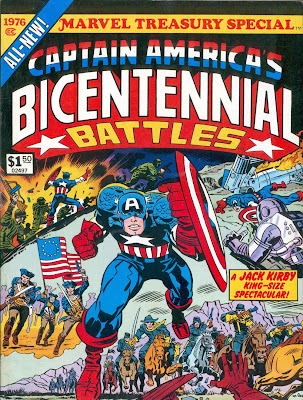 In 1977, at age 18, I attended my first major comic book con (after about a dozen smaller ones since 1975), Phil Seuling's New York Comic Art Con (held in Philadelphia that year oddly enough). The main reason I went was that I was hoping to at least glimpse Jack Kirby in person! I knew, however, that Jack lived in California at that point and, if he was there at all, I never saw him.

In 1982, I recorded a brief Jack Kirby interview from TV's ENTERTAINMENT TONIGHT on my Betamax. About two decades later, I was able to dub a copy to VHS and provide it to THE JACK KIRBY COLLECTOR which ran a transcript of the interview and credited me therein. I believe, based on the tracking issues, that this is my original copy as uploaded o YouTube by The Jack Kirby Museum more recently.

In the eighties came the controversies over original art returns and later over creator's rights. I supported Jack's collaboration with Steve Gerber, DESTROYER DUCK, and continued to pick up any and all other work that he came out with including a 1985 graphic novel, THE HUNGER DOGS, designed as a belated finish to the by-then classic NEW GODS serial. It was done with Bill Wray, Nick Cuti, Mike Royer and Greg Theakston, all of whom I would come to know to some extent in later years. 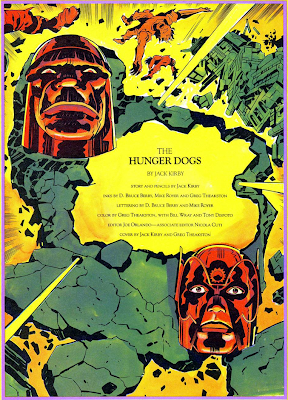 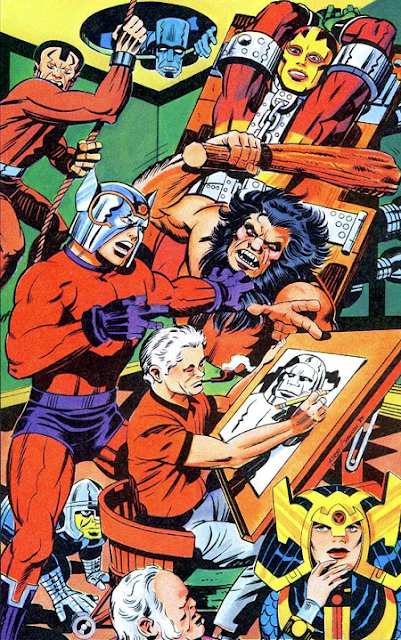 In 1987, now 28 years old, I attended my first and only San Diego Comic Con where I finally DID meet Jack Kirby...accidentally knocking him into Will Eisner! I stammered an apology and crawled away sheepishly. A third man present, wearing a cowboy hat, was identified to me as artist Doug Wildey but in 2012 Jack's favored inker Mike Royer told me that he was pretty sure it had been him!

Later that day, I sat near Frank Miller and Bill Sienkiewicz and watched Kirby and Eisner hand out that year's Eisner Awards...mostly to Miller and Sienkiewicz. I snapped picture after picture but the room was too dark for any of them to turn out.

In the early nineties, Jack started looking bad in photos. It was clear there were some health issues even though it wasn't made public. As often happens with living legends, his started to grow after his passing.

There have been Jack Kirby books and periodicals galore in the past 19 years, chronicling the man's life and career like no other comic book artist before or since. I am happy to say I worked as a fact checker/proofreader and co-editor on two of them, Greg Theakston's two volumes of JACK MAGIC, both of which managed to make me respect the man (as opposed to the legend) even more than I already did.

Alan Moore, arguably the most literary writer ever to work in the field of comic books, gave perhaps the ultimate tribute to Jack Kirby in his run on Image's SUPREME, essentially styling him as God. 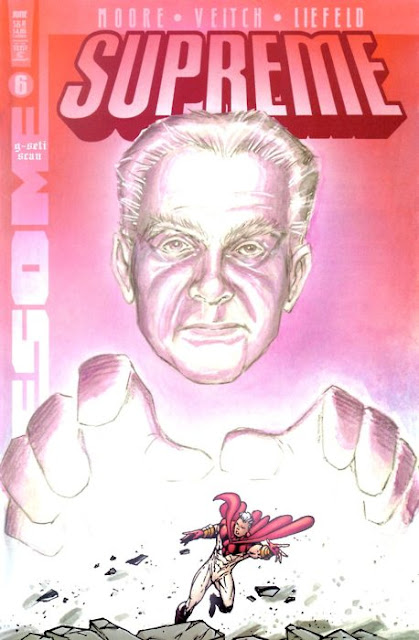 This reminded me of a quote attributed to another comics writer, Marv Wolfman. I paraphrase: When mankind finally gets to the edge of the universe, it will be signed...

Posted by Booksteve at 4:30 PM