The Adventures of Phoebe Zeit-Geist This was an early book I added to the Library back around 1973. Visually, it looks a lot like a collection of NATIONAL LAMPOON strips. That would be due to the fact that the book is written by Natlamp's (and later SNL's) Michael O'Donoghue and drawn by Frank Springer who probably drew about half the comics parodies for that mag. The only problem is...PHOEBE was originally serialized in a literary magazine entitled EVERGREEN REVIEW from 1965 to 1968, long before the earliest issues of NATIONAL LAMPOON. It was then collected and released in both hardcover and, a year later, in paperback. 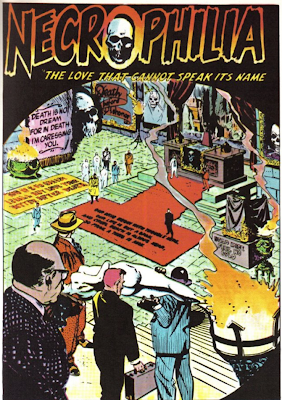 Featuring probably the finest artwork Frank Springer ever turned out, it's a fascinating time capsule now, parodying social, political  and sexual mores with a much more jagged edge than, say LITTLE ANNIE FANNY or even the later OH, WICKED WANDA! Some chapters are  2 color, others multi-color and the rest full-color, giving the whole collection an odd, European feel. 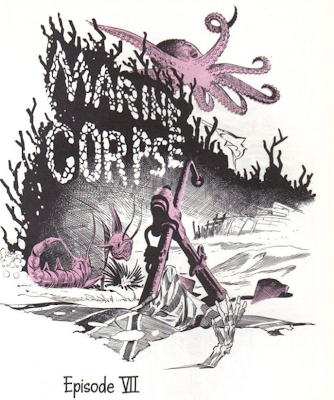 At age 14, I mailordered it because it had boobs but I was mature enough to realize there was a lot more to it. It's NOT light reading. You have to know things about history and then-contemporary life in order to get half the references. In rereadings over the years, something new always comes out. I'm on record as not liking--okay, generally HATING--O'Donoghue's writing. This is the exception. And Springer's art, vaguely Caniff-inspired but often scratchy in the mostly cheap Dell comics he was working for at the time, is a revelation as to the man's talent, a preview of the excellent work he would become known for later on with LAMPOON.
Posted by Booksteve at 7:08 PM