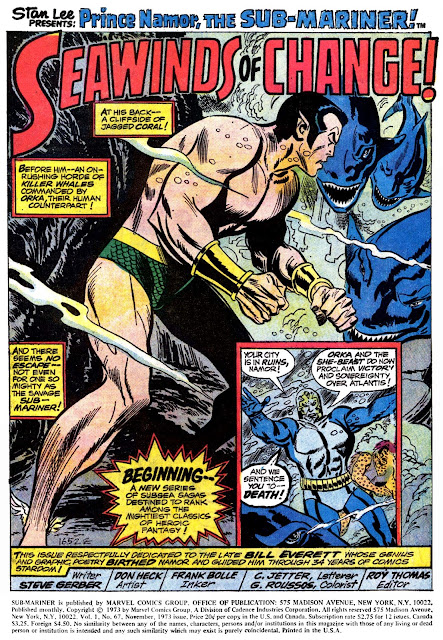 With creator Bill Everett's energy gone from the title, sales were apparently limping along. The powers that be decided to reinvent the wheel by giving Subby his black and yellow costume with the underarm wings. Love the idea or hate it, Romita's cover was cool! The corresponding interior shot, however, by Don Heck as inked by Frank Bolle--a good penciller but a bland artist overall--was badly presented and anti-climactic.

As splashes go during this period, though, this one isn't the best drawn but is nicely laid out. Our hero is front and center with some menacing sharks and the inset panel--not overpowering--reveals the villain. I like the title lettering quite a bit, also.
Posted by Booksteve at 12:30 AM