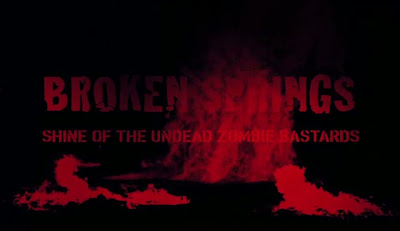 BROKEN SPRINGS, SHINE OF THE UNDEAD ZOMBIE BASTARDS is one of that relatively new breed of low-budget horror movies that almost no one ever sees. They get no theatrical distribution, rarely turn up on cable and receive little publicity on DVD outside of the filmmakers themselves selling them at various conventions. This one deserves more.

If you’ve ever seen one of these films, they often reek of enthusiasm more than talent and regurgitate scenes from other movies the filmmakers have endlessly digested. When it comes right down to it, BROKEN SPRINGS is also your standard zombie film. The difference is that it’s better made. The script is good, the direction and photography very good, there’s a surprisingly effective score and the acting, although hit or miss, is overall pretty good!

The basic plot—we’re in the deep rural south and the local moonshine gets contaminated by chemicals from a local mining operation. Anyone who has even a taste of it suddenly becomes violent, brain-dead and cannibalistic in the manner of the typical George Romero zombie. And as the day progresses, an awful lot of people taste the shine. 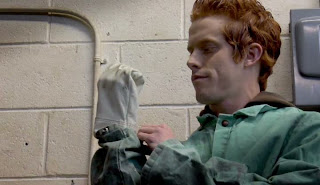 Our hero is a young actor who at first glance is a dead ringer for Seth Green. As played by Teague Quillen, he’s instantly ingratiating and becomes our identifiable POV character as he determines to save his mother while more and more townspeople are turned and the odds of success seem less and less likely.

There are a lot of quirky characters around but the filmmakers are to be congratulated for not going all out with the hillbilly stereotypes the way some others might have done. Among those you do get, beyond our high school hero, are the stalwart truck driver, the not quite all there guy who runs a zombie attack website, the creepy, voyeuristic but ultimately heroic AV guy, the local BINGO TV show host, the radio preacher who’s all about promoting the end of the world and finally the moonshiner with a heart of gold and a colorful turn of phrase who both causes the problem and saves the day. 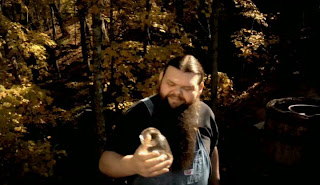 By way of full disclosure, that last is my Facebook pal Shannon Wallen. We met through a mutual friend. Shannon is a major horror movie buff, a former TV horror film host and once actually appeared on the cover of a comic book being eaten by zombies! Shannon also did some behind the scenes work.

The actor who plays the preacher, so charming in his on-screen interview in the behind-the scenes clips on YouTube, is the only performer who comes across somewhat amateurish…and yet he’s a professional actor! Potentially the showiest, hammiest role in the whole picture, he somehow manages to not only avoid making the most of it but to actually sound at times as though he’s just reading his lines. Considering that most of the rest of the cast actually are amateurs, I’m surprised that doesn’t happen more often here but with the exception of one or two minor characters, it really doesn’t. 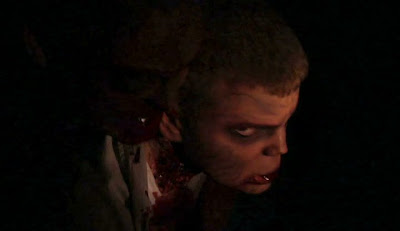 BROKEN SPRINGS was shot in 2008 in the Kingsport tri-cities area of Tennessee and Virginia. The cinematography is excellent with the scenic area being a highlight of the picture. The camera takes full advantage of both the beautiful natural surroundings as well as some of the urban areas. Likewise, the director uses some artsy but not overly artsy tricks including black and white photography to accent some scenes.

Neely Lawson is the man behind BROKEN SPRINGS. He wrote, produced, directed, edited and cameos in it and in the end he makes it all work beautifully. It’s reminiscent of the best zombie films of the past few decades but with the setting and the moonshine angle giving it just enough of an original touch. The special effects cover a wide range with some toward the beginning looking especially fake but by the end, even in freeze frame, I’d swear they were actually blowing these zombies away. Very realistic at times. Knowing what kind of budget (or lack of budget) he had to work with, I have to say this does NOT look in any way like a cheap production!

The music score, also, often a low point of these kinds of projects, is nearly perfect here, helping the tension build throughout.

Overall, I’d have to say if you aren’t zombied out, BROKEN SPRINGS, SHINE OF THE UNDEAD ZOMBIE BASTARDS, unwieldy title and all, is a well-directed balance of humor, horror, heroism, some great scenery and a nice music score. Booksteve recommends!