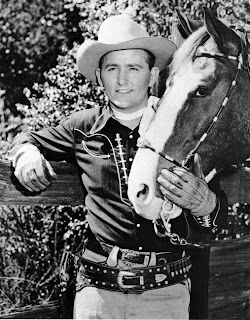 Here are a few highlights from the new additions to the BOOKSTEVE RARITIES shared DVD site this month! Jimmy Wakely was a popular B Western cowboy who headlined his own DC comic book for a while. Yakima Canutt is acknowledged as one of the greatest stuntmen in film history. We also have 14 ultra-rare silent OUR GANG shorts and ten ultra-rare episodes of Shirley Temple's late fifties TV series with a ton of guest stars! LOVE HAPPY is essentially a Harpo Marx movie co-starring Chico,with inserts by Groucho (with Marilyn Monroe!) and is usually left out of the Marx Brothers marathons such as the several shown last weekend on various channels. Anyway, take a look---then go here to order and see many, many more! http://oldtimeradiotapes.homestead.com/StevenSiteHome.html 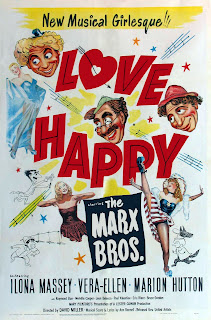 Cattleman Benson finds Mildred and her brother George living in one of his cabins and their sheep are on his land. Attracted to Mildred, he not only lets her stay, he deeds part of his land to her. This leads to trouble with the other cattlemen. This film stars Yakima Canutt and is not the "altered" version that is available through other venues. Uncut and unedited.
LOVE HAPPY  (1949)
The final Marx Brothers movie, with Vera Allen, Raymond Burr, Illona Massey and a very young starlet named Marilyn Monroe. The Marx Brothers help young Broadway hopefuls while thwarting diamond thieves. Groucho hated this movie so much that in his autobiography, Groucho claimed "A Night in Casablanca" was his final film with his brothers.
SHIRLEY TEMPLE STORYBOOK
With the talents of Jonathan Winters, Joseph Wiseman, Agnes Moorehead, Cobert Culp, Michael Rennie, Tor Johnson, John Astin, Jack Weston, Jonathan Harris, Martin Landau, Jerry Colonna, Angela Cartwright, Joe Besser, Imogene Coca and Mel Blanc, this children's series starred and hosted by Shirley Temple from 1958 to 1961 was a success in syndication. This five-disc box set contains the following episodes: The Land of Oz, The Princess and the Goblins, The Reluctant Dragon, The Terrible Clockman, The House of Seven Gables, Madeline, Pippi Longstocking, Kim, Winnie the Pooh and Babes in Toyland. Ten classic hour-long episodes on this five-disc set. $25
Posted by Booksteve at 6:45 PM