Movies That Fell Though the Cracks # 72 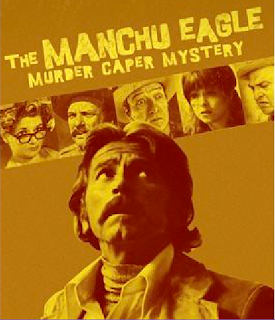 THE MANCHU EAGLE CAPER MURDER MYSTERY, if remembered at all, is remembered solely as a footnoted trivia question in the history of The Dead End Kids.

This 1975 surreal picture surprisingly offers the only starring film role for the wonderful character actor Gabriel Dell, originally T. B. in Broadway and Hollywood's DEAD END KIDS and a fixture of the series films that followed right up through the early Bowery Boys pictures. Gabe remained friends with the gang even after he left the films, in fact doing a double act with Huntz Hall for awhile. Thus, the appearance of Hall here, uncharacteristically as a sadistic deputy, makes this of interest to fans of the old gang. 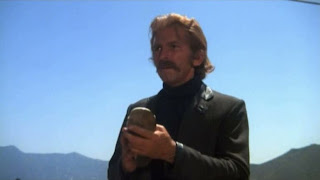 But this is about as far from a Bowery Boys film as one can get. There's not even a nod to the old days. Dell had gone on to a successful career as a comic (on the STEVE ALLEN SHOW) and a dramatic actor, often appearing as a villain. When he made this picture he had just come off a short run as the star of a sitcom entitled THE CORNER BAR, sort of an early version of CHEERS.

MANCHU is neither fish nor fowl. On the one hand, it's a straightforward mystery with some intense scenes. On the other, it's an often surreal black comedy. The problem is that the two hands never quite come together. 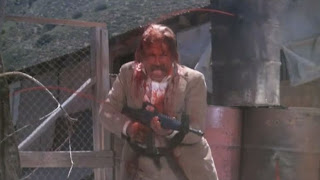 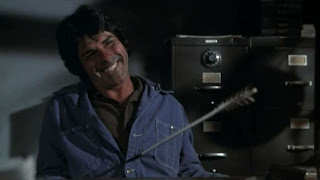 Gabe is good as always, particularly in his earnest, Chandleresque narration. In an earlier time with a less-hip "look," he could have played a fine Marlowe given the chance. Only this is no rain-drenched city film. It's set in the country with baby chicks and milkmen and such. In fact, Dick Gautier appears briefly as the murdered milkman whose killing our mail-order detective hero has to solve. 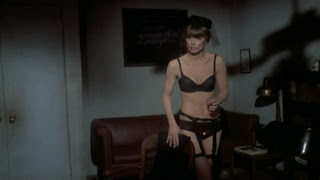 The rest of the great cast each get some individual set pieces--Joyce Van Patten, Anjanette Comer, Sorrell Booke, Jackie Coogan, an absolutely delightful but suicidal Barbara Harris, Vincent Gardenia and the surprisingly sexy Nita Talbot! As a lecherous doctor, THE WALTONS' Will Geer walks away with the show, however, in a scene that almost seems like it could have come from the NAKED GUN films. 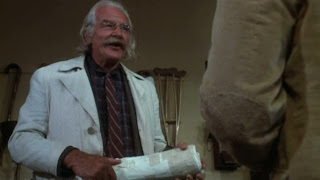 By the odd ending, I was left scratching my head. I had enjoyed the performances by old familiar faces and laughed quite a bit but I really couldn't tell you what the heck it was all about! 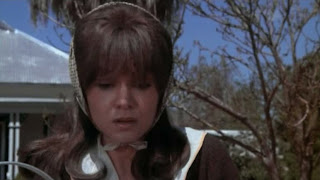 The man behind the whole thing was Dean Hargrove who, as producer of NBC's mystery series including COLUMBO and McCLOUD and later MATLOCK and DIAGNOSIS MURDER, certainly knew his way around lighthearted mysteries. Not sure what accounts for this misstep.

Gabe Dell and Huntz Hall promoted the movie when they appeared on Tom Snyder's TOMORROW SHOW but were much more fun talking about the old days with Leo Gorcey and the gang than they were here in THE MANCHU EAGLE CAPER MURDER MYSTERY.
Posted by Booksteve at 7:33 AM