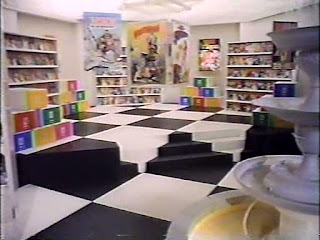 JARRETT was a failed 1973 pilot film starring Glenn Ford as an investigator who specializes in art-related crimes. The eccentric, over-the-top bad guy played by Anthony Quayle is also a comic book collector! He keeps his collection in a special room he calls his "funatorium."

Although most of the posters seen are contemporary DC covers, Jarret asks the collector if he has CAPTAIN AMERICA # 1. He, in fact, professes to have everything from UNCLE SCROOGE, HAPPY HOOLIGAN and KRAZY KAT (the latter being mainly comic strips, not books) right up to and including "the latest undergrounds such as ZAP and THE FABULOUS FURRY FREAK BROTHERS."

He even has a pile of duplicates which he routinely runs through a shredder in order to enhance the value of his collectible copies! 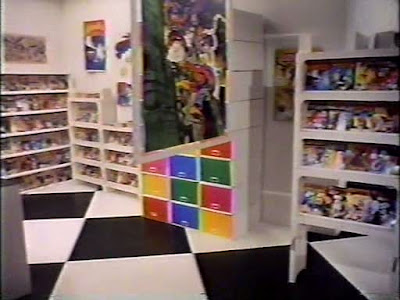 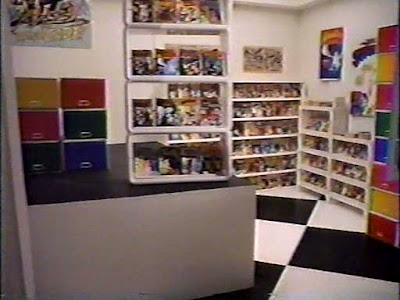 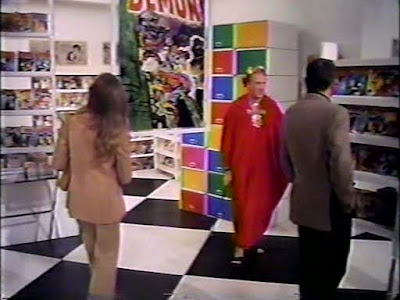 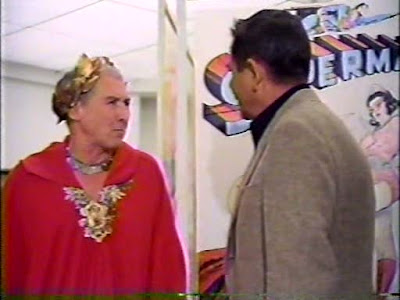 Towards the end of the picture, this whole marvelous room is destroyed in a climactic fight scene.

In another sorta-kinda comic book connection, Yvonne (Batgirl) Craig appears/In fact, she appears semi-nude wrapped in a giant snake, representing Eve in the Garden of Eden with the Serpent!
Posted by Booksteve at 6:11 PM