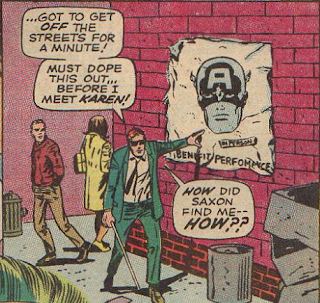 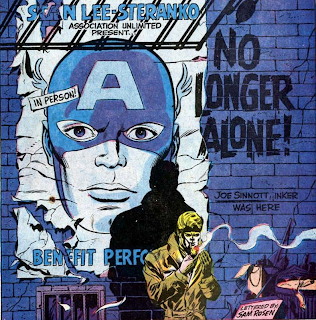 In early 1969, a young and still developing Barry Smith did three enthusiastically Steranko-influenced (with more than a dash of Kirby) issues of DAREDEVIL. As if to sign off on that influence, the young Englishman even had Matt Murdock wander into the same alley where Steve Rogers was sneaking a cigarette (!!??) in Jim's first CAPTAIN AMERICA story of just a few months earlier.
Posted by Booksteve at 6:50 PM